American, former professional wrestler with the WWE. On twitter she said "I'm 5 2". 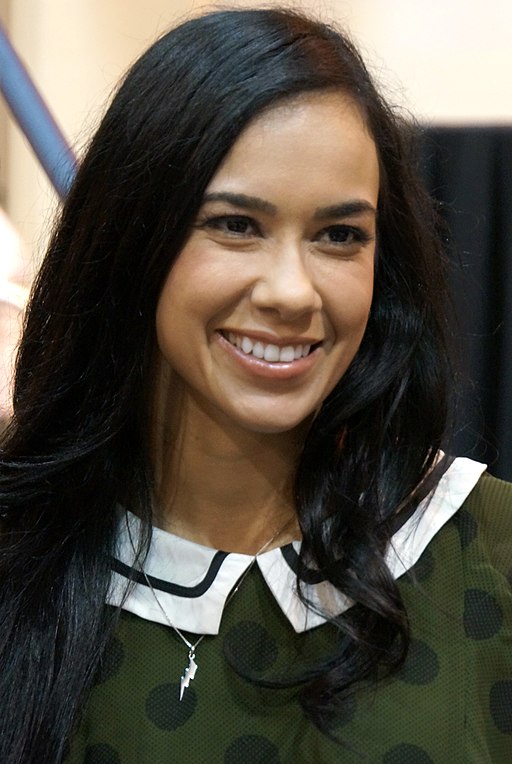 Editor Rob
I've seen other shots in which she seemed shorter.

JJStyles said on 3/Jan/18
Yeah she looks 5'1 to me
Anonymous said on 29/Oct/17
i think she is 5'0
The Fan said on 13/Oct/17
Rob, do you think AJ is taller than Rey Mysterio? Here she is standing next to him and she's definitely leaning towards him, not getting her full height. And even with that, she seems eye to eye with him. It seems to me that if she stood up straight, she'd have him beat. What do you think?

David Allen Patrick Maddox III said on 20/Jul/17
She's gotta be 5'2
David Allen Patrick Maddox III said on 20/Jul/17
I think she is actually 5'2, rob
even said on 17/Jul/17
at 5'1" she cant be over 110 lbs
Phenom! said on 13/May/17
I saw a picture of Rey mysterio next to her, and knowing aj she likes to wear normal shoes, and I swear she was leaning towards rey mysterio, and still looked about the same height as him, not even standing straight. So she would've edged him out if standing straight. Either she's over 5'1," or rey mysterio is under 5'2."
Shredder said on 14/Apr/17
With legs like that , who cares about height ;)?
Realist said on 14/Apr/17
Yea he got 11 inches on her
heightchecker34 said on 14/Apr/17
Never have been the first to comment on a page, might as well be a first time for everything! Great addition Rob, she does look around the 5'1 mark. It was a shame to see her promptly retire, right in the prime of her career, but I think that might have a little to do with her famous husband. Speaking of which, with whom she does look nearly a foot shorter with. A lot of things have happened in the woman's division, so I hope she hasn't been forgotten. She was certainly a pioneer for someone of her stature (short even for a woman), to do great things in the business including being the manager of RAW and wearing chuck taylors instead of heels. Certainly an inspiration for marching to the beat of your own drum!