American actress best known for playing Grace Gardner on TV series Hill Street Blues. In a 1987 Atlanta Journal she was described as weighing "122 pounds on a 5-foot-8-inch frame" 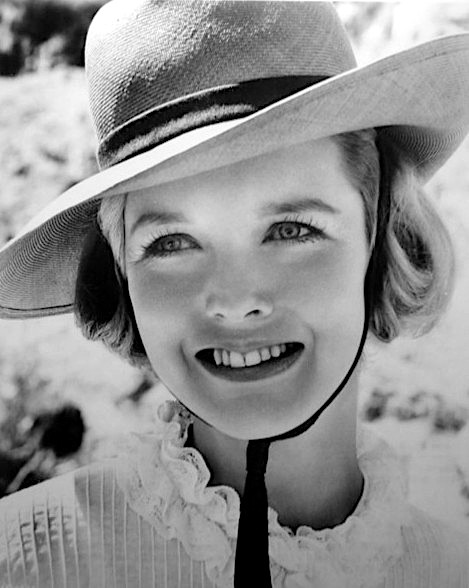 It is really refreshing to hear that John Badcock was such a nice person and boss who would never say a bad word about anybody. I honestly think being like John is the way to get respect from people and the way to get people to want to come and work for you everyday. I think his sort of attitude should persist in society and there are too many negativities in today's world that don't serve any purpose other than to hold everyone back in what they are doing, there are too many people treading on each other's toes too.
It's good to hear that John met the queen as did your boyfriend Jim, I know that your Dad met Mrs Margaret Thatcher?
I think the Cancer research campaign was a very successful organisation and I suppose if they were strict about one or two things that is understandable, and I know that you will agree! I am sure that if John ever had to be strict he will have been fair about it and done so in a way to command respect and in a way to encourage the person he was being strict to to go out there and put things right!

A swear box would be a funny and interesting way to make money for charity, I think your autocorrect is pretty good at conjuring up swear words!

Well wait until you see mine on Jake Paul's page!

My imminent reply on this page will be quite long too!
Sandy Cowell said on 28/Sep/17
@ Nik - Reply is on the way! I believe that sometimes it takes Rob a little longer to get through the lengthier replies,
and mine IS lengthy! 📃😯☕
Sandy Cowell said on 27/Sep/17
@ Nik - Hi! John Badcock was a Major General in the 2nd World War. He was the head of the Chief Appeals Office of the Cancer Research Campaign and met up regularly with the Queen. He said she was a lovely woman, and others I know who have met her (like Jim in his Army days) say likewise!
General Badcock was one of the most genuine guys I have ever met in my life, and I find being able to pass on facts like that to be reassuring to the many charity supporters out there! It rubs off in an office when the Head is such a sincere and warm person.
In the mornings, the post would be opened by a selection of workers. Donations were received each day, often in the form of cash*, and nobody would have ever dreamt of thinking of swiping it. It simply wouldn't have occured to any of us. We ourselves raised money doing a Sponsored Slim and other such stuff. (Today, I think I'd run a swear box, as it would be such a funny way of raising money, but come to think of it the people there were extremely upper crust, and rarely were any rude words uttered!)
All the main members of Staff were titled gentlemen from the War, all very nice, including the one who knew Bonnie Langford and other stars who helped raising money for the charity's important, life-saving work.
Those days, there were four 'combined cancer charities', as they were known then. Ours was the biggest and also had the lowest admit charity costs of all the charities, which meant we were told off for being wasteful with anything, we had to provide our own biscuits if we wanted them and tea or coffee was rationed! Our salaries were the same as the Civil Service rates.
Interestingly, General Badcock was the tallest of all the Army officers. I imagine he was around 6ft4 or 6ft5! The smallest was 'The Commander' who can't have been taller than 5ft9 - and he was skinny, whereas the General was extremely robust!
Though he, nor any of the old fellows are unlikely to be alive today, I still think of them, especially the General, and the examplary behaviour he set us, never having a bad word to say about anyone, and meaning it! It's a trait I still hold in high regard to this day.

(* My autocorrect wanted to put 'cats' instead of cash! Though I would have adored receiving them and selling them on, I don't think many letters would have been typed - not by me, anyway!)

I will give poor, neglected Barbara* her full 5ft8!

(My autocorrect tried to call her Badbara! Talk about adding insult to injury! First of all, I use the woman's page for anything but her herself, then I nearly call her a nasty name!
How nasty is that?
📣 It's nasty!
Nik said on 26/Sep/17
@ Sandy Cowell - Hi'

I found it! It is a very unfortunate name but I am glad it never held him back in his life!

How tall was he and in what job did you work with him?

👍
Sandy Cowell said on 30/Oct/16
I have mistakenly conjured up this lady a few times now and last time, I decided that if it happens again, I won't be able to resist sounding off about someone I used to work for, with a 'soundalike' name. It happened again so here goes....
He was a Major General war hero with an impressive array of medals and his name was BADcock! I kid you not! It might have been a very unfortunate name but it clearly didn't hold him back in life. He was extremely tall, friendly and never had a bad word to say about anyone! The End.
Chase Witherspoon said on 7/Oct/15
Can look taller than 5'8" at times perhaps footwear, I'm recalling Chosen Survivors '74 with Alex Cord...
guyfrommars said on 7/Jan/11
She wore ultra-flat ballet slippers in the Star Trek episode she appeared in, probably not to look tall next to William Shatner. Most of Captain Kirk's girlfriends did this. Babcock at 5'8" was especially in need of the "downgrading treatment".
Shadow2 said on 27/Nov/10
Barbara was definitely 5'8", as seen in the early 1980's in "Hill Street Blues" partnered with 6'6" Michael Conrad, and with 6'1.5" Jerry Orbach in the late 1980's "Murder She Wrote" spin off series, "The Law and Harry McGraw".
Celebrity Heights A-Z
A
B
C
D
E
F
G
H
I
J
K
L
M
N
O
P
Q
R
S
T
U
V
W
X
Y
Z
Random Celebrity
Latest Star Heights