American Actress, best remembered for starring in TV series The Golden Girls and Maude. In a 1972 Boston Herald interview she said, "I'm five foot 9 and a half in my stocking feet". Here is a 1943 Mugshot from when she was in the Marine Corps. 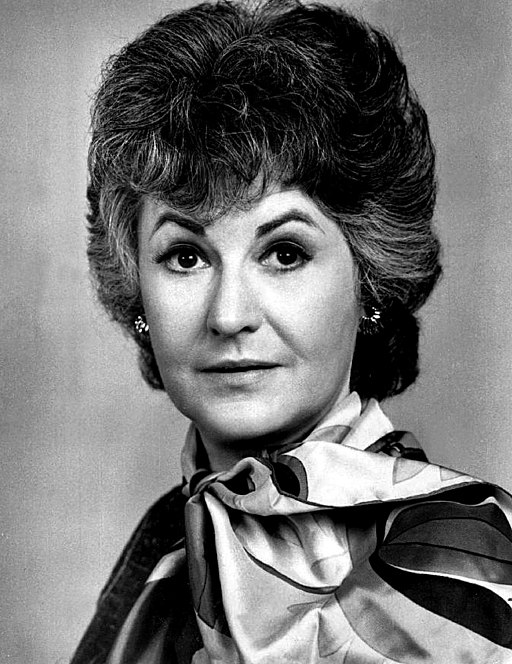 Editor Rob
Likely down to 5ft 7-8 by that age
Shar said on 23/Aug/19
Huh--she must have had an eye lift since that army mug shot, her eyes look much larger and wide open in her Hollywood days. Loved her on Golden Girls, Herbert Edelman was a good match for her height-wise
Mimi said on 19/Jul/19
Thanks Rob for the answer. But too bad I've never seen her in heels not in one single episode of The Golden Girls. In award shows and TV interviews she's always wearing flats too.
Mimi said on 18/Jul/19
Rob in her prime if she wore heels like this would she measure 6ft?

TrulyYours said on 3/Jun/19
Rob can you add a Betty White page too and was she 5ft4 in her prime ? Because that's what's her height on the internet.
Tallgrl said on 26/Nov/18
.... u can see on her military pic she is just a little over 5'9 and fits perfectly with the 5'9 1/2. Her hair is the rest of the height. I think short women just don't get it and think everyone is 6 ft tall. When u are looking from someone's knees and below sea level, it's easy to get confused. I myself am 5'9 1/2 and my mother was 5'11. I don't consider myself so tall. Everyone else seems so short
Rose said on 13/Oct/17
@Liz. I am a woman of 5'10". Short women ALWAYS accuse me of being 6 feet tall. Nope. I am 5'10" (a little under by nightfall). I am sure that Bea Arthur's mugshot is more accurate than the perception of a 5 foot tall woman looking up to her.
Chase Witherspoon said on 11/Oct/15
Hmm reckon Ms Arthur looked taller than this, more like 5'10"-5'11" region, I'm thinking 179
Liz said on 9/Aug/15
"eventually I proved to them I could play mother to six footers".

Estelle Getty said this and, in doing so, outed poor Bea. Tall women in the old days always downplayed their height the same way they'd shave off years.

Arch Stanton said on 14/Jan/15
Mug shots from angles like that are tough to judge from, not only guessing skull line but that standing a bit away from it can look different.
avi said on 17/Oct/13
@Rob
thanks!
and yes i htink she was over the 5'9 mark but probably a weak 5'9.5. many 5'11ers -6'2ers never ever seemed to have a huge amount of height on her. its amazing how 6'3-6'4 guys who came on the golden girls (Herb Edelman and Tony Jay at 6'4ish) never seemed to have the 7 inches on her and she was in normal shoes. she definitely a tall woman

[Editor Rob: do you see the bolded quote by Bea at top of the page...]