American actor best remembered for playing Darrin Stevens on TV show Bewitched. In a 1992 article it mentioned how "He kept working for years, though the discs in his spine slowly crumbled. Over the years, he shrunk from more than 6ft-1 to 5ft-10 or so and gradually became hunched." 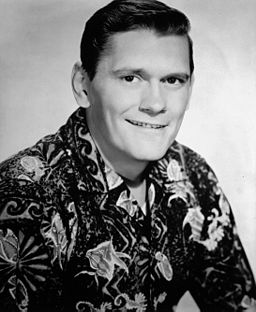 Thanks for looking over the videos.

Yes that's true he had back issues during Bewitched from an injury in 1959 prior to Bewitched.

to Gregg's point after reviewing Bewitched episodes Dick York is maybe almost 2 inches shorter than David White or at least appears it... I believe David White to be maybe 6'2 or 6'1.75.

It appears York had a very slim build and appears taller than he is. I think he needs a downgrade to 6'0.5 potentially even 6'0.25.
The actor Paul Lynde is listed at 5'11 and next to a barefoot Dick York looks the same maybe even .25 taller than York. Next to York with shoes on Lynde looks maybe 1 inch smaller at most. Lynde may be close to 5'11.5 though.

check out this Bewitched episode. the scene where Dick York stands up barefoot is at 9:50. You can clearly see he is barefoot. At 10:25 there is a longer scene where he stands face to face with 5'11 Paul Lynde (in shoes):

to reference Paul Lynde's height please see link below with Dean Martin who seems same height maybe .5-.75 shorter than Lynde. Dean wore lifts sometimes so he is probably a solid 6'0 in shoes assuming he was 5'9.5, weak 5'10 barefoot. Lynde comes in at 50 seconds.

what do you think Rob?

Editor Rob
I think there is definite height loss in his last years compared to his 30's but yeah I can see how 184 seems closer.
Rampage(-_-_-)Clover said on 16/Apr/17
Another tall looking 6ft1er
Gregg said on 7/Apr/16
Rob, Is there any chance that this late actor could've been 11.5? I noticed there was one episode from Bewitched season 5 where Dick(wearing pajamas and slippers) is standing next to David White. There appears to be at least a 3 inch difference in height between the two with Dick only wearing slippers.

Editor Rob: I'd need to rewatch some stuff before being able to say.
avi said on 19/Oct/13
Yes seems right. Always pretty skinny so can look 6'2
Arch Stanton said on 9/May/13
He looks 6'1" in My Sister Eileen.
Chloe said on 25/Apr/08
he is such a good actor and hes also hot. i absalutly love Bewitched i watch it all the time and i love Elizabeth Monytgomery shes so cool and so pretty. Erin Murphy (who plays Tabitha) she is tthe most cutest little girl ever. did you that Elizabeth died of collon cancer at the age of 62. i really want to know how tall dick york was when he was playing darrin. and i really want to know when he died.!!!!!!!!!!
aljuraj said on 27/Sep/07
York suffered a lifetime back injury in the 1959 filming of They Came to Cordura. He's been taking painkillers all throughout Bewitched and this affected him also. He was generally bedridden since leaving the show and his family went broke. He and his wife and kids should have had royalty from being such a great comedian. His role did not involve magic, but when he quit Bewitched, he seemed to be the real warlock since all the enchantment was lost along with him. It's a shame no one except his family helped him until he passed.
patrick said on 13/Apr/07
I am sad in thinking of this great actor and man; He would deserve more lines if only to show him where he is, he is not forgotten;
I am sure Jim Carrey admires him so much his style proves to cle to his own one; He never looked as tall as his boss and friend in bewitched, David White though offcially the same height. Frank2 is perfectly right about all what he claims; i confirm; Poor, poor and marvelous actor; that timeless series is a graveyard and i remember how shocked i was in meeting by chance the funeral urn contening the D.White ashes in forever cimetery,LA. Who will ever be able to be aware of the fact they, all of those wonderful actresses, actors have gone while we keep on watching them on TV...
Frank2 said on 10/Mar/06
Poor Dick York suffered not only from severe back pain, but he also had emphysema from smoking four packs a day. The chief reason he left Bewitched was his poor health. He was replaced by another Dick, this time Dick Sargent who was just under 6'2". That reminds me of the fact that Sargent was about two inches taller than Cary Grant in Operation Petticoat. So much for Grant being 6'1". Maybe some day most of you will believe me. Trust me. I know of what I speak.
J-Dog. said on 9/Mar/06
Wow, have any before and after pictures of that 3 inch plus shrinkage?
Rut said on 8/Mar/06
Wow, that's amazing! (meaning the schrinking)
Celebrity Heights A-Z
A
B
C
D
E
F
G
H
I
J
K
L
M
N
O
P
Q
R
S
T
U
V
W
X
Y
Z
Random Celebrity
Latest Star Heights