American actress best remembered for starring in 1950's TV show Sheena, Queen of the Jungle and films She Demons, The Beat Generation and Five Gates to Hell. In a 1960 article it mentioned her as having a 5-foot-8 physique and measurements of 39-24-37, which Irish commented on:

Honey, a figure like mine is like having too much money...it's tough now trying to convince people I'm not eight feet tall - they always gave me five-foot leading men.

A 1956 TV Radio magazine mentioned she was a "barefoot five-foot-nine-and-a-half". 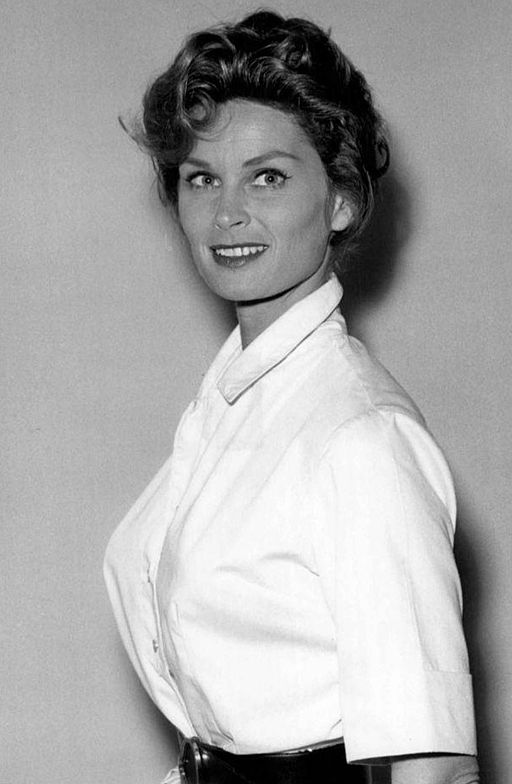 Editor Rob
Every site has mistakes, some more than others...but it helps in Wikipedia's case that anybody has potential (except on protected pages) to remedy obvious typo's.

The only time I edited Wikipedia pages was on adding a few photos to Wikimedia Commons, then updating the Wiki with the photo.

Tom Maynard said on 19/May/20
Just watched She Demons. I've got to find Sheena next.. Beautiful.
Fezz123 said on 14/May/20
Just about the most beautiful woman of all time. And a bit of a feminist trailblazer to boot.

I’ll take her at her word on her height.

MrTatum said on 9/Apr/16
@Arch Stanton I don't understand what you mean, today a 5'7" woman would be the equivalent of a 6'1" man today, if the average height is 5'4" for a Woman and 5'10" for a man.
Arch Stanton said on 1/Apr/16
Rob can you mention films She Demons, The Beat Generation and Five Gates to Hell? Typo on tall BTW.

Yes, I think she was one of those downgrades, over 5 ft 8 in that generation for a woman was like over 6 ft 4 for a man in the golden era, seen as freakishly tall. A 5'9.5 woman in that generation is rather like 6 ft-6'1 today I think. 5'9.5 is probably honest but leaked out!

Editor Rob
she could look more within that 5ft 9 range than 8, a beautiful and strong women who could probably Lift you up without breaking a sweat.