American actress best remembered for roles in films such as Red River, All the King's Men, She Wore a Yellow Ribbon, Vengeance Valley, Hell on Frisco Bay, 3 Ring Circus, The Dark Avenger, the Pride of St Louis and Drango. In a 1949 article it described her as "Reed-slim...five feet five and a half inches". 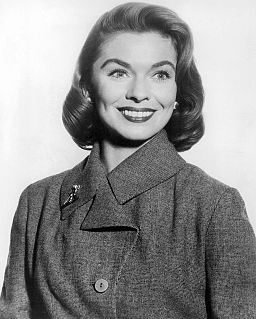