German Actor best known for roles in films such as Aguirre the Wrath of God, Fitzcarraldo, Nosferatu the Vampyre, Woyzeck, Cobra Verde, For a Few Dollars More and Dr. Zhivago. On his passport he was listed as 5ft 8. 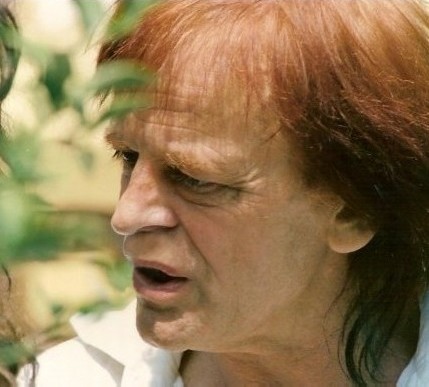 Average Guess (3 Votes)
5ft 7.83in (172.3cm)
pgjtftkwnbczmp said on 9/May/20
One of my favorite height quotes of all time is said by Kinski's character in Aguirre:

"That man is a head taller than me. That may change."


Sandy Cowell said on 25/Jan/19
I wonder how tall the mother of Nastassja is to have a daughter who is taller than 5ft6?

Klaus can have 5ft8.
oldboy said on 15/Mar/18
He looked shorter than 1.73m on the movies I watched.
Arch Stanton said on 28/Jan/15
Sam you said something about Billy Bob Thornton which you dislike, well I get that same thing with Kinski!!
Arch Stanton said on 28/Jan/15
5'8 tops in Woyzeck..Insect? Incest?
Sam said on 9/Sep/14
What about giving adults nightmares? I read his autobiography, which, as an example starts with his account of being attracted to and nearly committing insect w/ his sister as a teen...yuck.
Arch Stanton said on 8/Sep/14
Thanks, this guy could give kids nightmares!
Arch Stanton said on 7/Sep/14
He did actually look 172-3 next to Cardinale.
Arch Stanton said on 7/Sep/14
A photo as well? He was definitely taller than Claudia Cardinale in Fitzcarraldo, looked about 1.5-2 inches.
Arch Stanton said on 7/Sep/14
Rob can you add Aguirre the Wrath of God, Fitzcarraldo, Nosferatu the Vampyre, Woyzeck, Cobra Verde, For a Few Dollars More and Dr. Zhivago?
Gonzalo said on 9/Jun/14
I remember the obituary Spanish Director Fernando Colomo wrote about him in a nespaper when he died. It ended with something like: Klaus Kinski has died, may we all rest in peace. Not the best guy to have around
1`73 at the most. He had a miserable life as a child. His family was really poor.
176,2Tunman said on 1/May/14
about 7"shorter than Van Cleef so rather 5'7 maybe a strong 5'7 like 5'7.5" if we assume he often had poor posture
Arch Stanton said on 14/Aug/13
More 5'7" range I think. Terrifying though, the sort of guy you'd hate to be in a bar with. You can imagine him glassing people in rage over the slightest things. He was a psychopath from what I've read of him, and he looked it.
Orlando said on 5/May/13
The passport lists him at 1.73 m but KK surely had the frame and looks of a short guy. He wore high heeled shoes most of the time. I think he was in-between 1.68 m and 1.70 m. No more than that.
equisdobley said on 14/Nov/12
Hi Rob !

Why Claudia Cardinale is not listed in this site ?

He was somewhere between 5ft 7in and 5ft 8in.

Monkeyman said on 30/Dec/08
Kinski walked with a curved spine in several roles and according to Herzorg at least did serious damage to his back throughout his career. I'd say 5'8"ish prime height but outside of Noserfatu most likely appears shorter; especially in something like Aguirre where he insited his character be a hunchback.
Lmeister said on 30/Jul/07
I watched the Great Silence last weekend. Klaus Kinski was clearly the shortest guy in the movie even Jean-Louis Trintignant who is listed 5'8''ish is a couple of inches taller than Kinski. I think he is closer to 5'6''- 5'7''.
Austrian said on 28/Jun/07
more like 5'7 imo
Lmeister said on 25/Sep/06
Damn...guys have U realized that Willem Dafoe is Klaus Kinski look a like and both of them have played the part of Nosferatu...People have said that Klaus was a maniac a really unstable person. Great actor though and like Mr.T said wouldn't wanna cross paths with Mr. Kinski...
Lmeister said on 24/Sep/06
Saw Aguirre last night...Kinski is around 5'7''. He doesn't really look 5'8''.
Mr. T said on 30/May/06
Been a fan of this guy for many years. His most notable work is probably with Werner Herzog, who's listed as 6'1". He does like a bit small in photos with him (Click Here), but if he did wear heels as high as 4 cm, he was probably 5'6"-5'7" barefoot, as he does come across as a short-ish guy in films.

Still a frightening man who I wouldn't want to cross paths with.
ForensicNYC said on 26/May/06
KK with Werner Herzog...
Click Here
KK with Director Antonio Margheriti...
Click Here
KK with O.W. Fischer...
Click Here
Orlando said on 26/May/06
To ForensicNYC: Bah... No much of a picture, is it? 6' 2" Van Cleef is clearly sitting, while up standing Kinski leans over him. He could well be 5' for that matter!
ForensicNYC said on 25/May/06
KK shown here with 6'2" Lee Van Cleef...
Click Here
Orlando said on 25/May/06
Herr Kinski wore high heeled shoes most of the time. One can see that in the movies ("Aguirre", "Cobra Verde" or "Paganini"). In "Fitzcarraldo" next to Claudia Cardinale (listed as 5' 8" in the Imdb) he seems shorter than her. He seemed to have a short frame, about 1.70 m-1.71 m (5' 7"), I would say. If he really was a barefoot 173 cm wearing extra 4 cm heels would make him look 177 cm tall which he didn't.
In his autobiography he describes the raging hunger he went through during his childhood and youth, not good for a healthy growth...
Maybe the guys in the passport office took his height with him with his shoes on or, being height conscious, he tip toed in the process. He was the typical short angry man.
leonari said on 25/May/06
I go for 5'7"... Saw many of his movies...Looks short.
Anonymous said on 25/May/06
Haven't even heard of 'Buddy Buddy,' but Kinski has played some magnificient roles elsewere. Aguirre being probably the most famous (also, Nosferatu - Phantom der Nacht, Fitzcarraldo and even a tiny role in Dr. Zhivago)

IMDb says 5'8" and that seems about right. Although it is worth noting that he wore platform shoes in the Faerie Tale Theatre episode 'Beauty and the Beast' (acting alongside Susan Sarandon (5'7"))