Italian actress best known for roles in films such as The Girl with the Pistol, La notte, The Pizza Triangle, Modesty Blaise, Red Desert, L'avventura and L'eclisse. 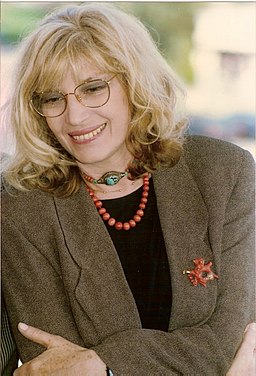 Average Guess (3 Votes)
5ft 7.83in (172.3cm)
Jancys said on 25/Feb/19
In the movies, she looks like very tall woman. I think she is 5ft 8.5, close to 5ft 9.
Arch Stanton said on 16/May/15
Yes, she could seem like a 5 ft 9 woman compared to some, towered above a lot of the women in films like Red Desert. For her generation she would have been like a 5 ft 10 or 11 woman in Italy. She reminds me of Nicola Roberts from Girls Aloud in that film LOL.
Sam said on 12/Jan/15
Don't know what the average was for an Italian woman in her generation but I bet she would have been the equivalent of 5'9"-5'10" woman today in my country, probably why she looks tall!
Arch Stanton said on 24/Oct/14
Rob can you update?
Arch Stanton said on 23/Oct/14
Rob can you add a photo and films like The Girl with the Pistol, La notte and The Pizza Triangle? She won several awards for Pistol and the others of course are classics of Italian cinema. Yeah she looked pretty tall Sam.
Sam said on 3/Jun/13
Nice one. She had a lanky screen presence but probably because of her heels and hair. She wasn't taller than listed next to her leading men, Alain Delon looked about 3 inches taller, Richard Harris about 5 inches taller and even Marcello Mastroianni looked taller.
Click Here
Click Here
Click Here