British actor best remembered for roles in Spartacus and Death on the Nile, Quo Vadis, We're No Angels, Topkapi, The Sundowners, One of Our Dinosaurs Is Missing, Romanoff and Juliet and Beau Brummell. 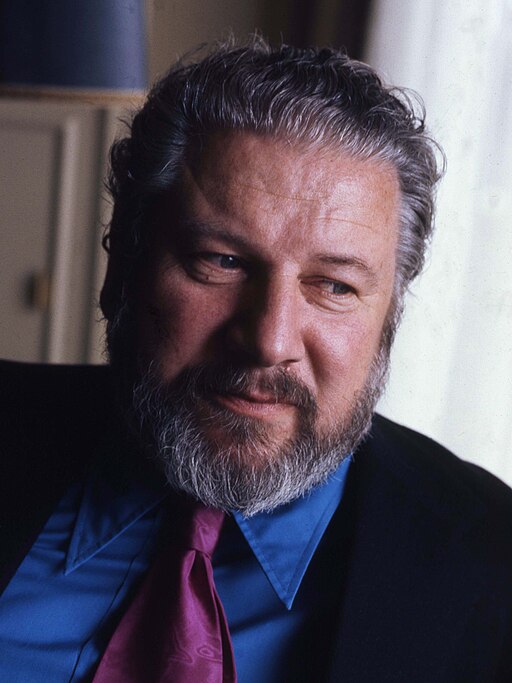 Average Guess (13 Votes)
5ft 9.42in (176.3cm)
Rampage(-_-_-)Clover said on 10/Oct/19
Much shorter than I expected
diavolo said on 27/Aug/18
Robert Taylor wore pretty thick footwear (lifts) in Quo Vadis, while Ustinov was in flat sandals. That can explain Taylor's height advantage, despite him being 5'10" and Ustinov being 5'9". 5'6" Deborah Kerr was also in flats during the whole movie, so Taylor could tower over her in their scenes.
Ian C. said on 9/Jul/16
A page for Peter Ustinov? Celebrity Heights is like a restaurant where they dare you to order something the chef can't cook.
I have read Peter Ustinov's autobiography (Dear Me), and it is the only movie star autobiography whose writer openly admits to dislking his appearance. Which may have been false modesty, as Ustinov was unusually good-looking and must have known this, surely.
Tom said on 20/Mar/16
Niven was probably wearing lifts though.
Arch Stanton said on 1/Jan/16
Rob, check out this still with an aging David Niven Click Here He looks no more than 5'8 there!

Editor Rob: he could have been 174 range at that time.
Arch Stanton said on 24/Dec/15
Try adding Topkapi, The Sundowners, One of Our Dinosaurs Is Missing, Romanoff and Juliet and Beau Brummell.
Arch Stanton said on 24/Dec/15
Rob can you add a photo and add some more films? Barely taller than Bogart in We're No Angels, can look just an inch at times. Glad you lowered him from 5 ft 10! There's a chance of 176.

Editor Rob: he's a man whose posture at times just didn't look that great, and certainly 5ft 9 range could be seen in movies!
wishbone said on 6/Nov/14
Nice to have Pete's two Oscar winners and The Great Muppet Caper in my video collection. (The Sundowners will arrive before Christmas,too.) My most special Ustinov moment came just before Christmas,1962,when Pete appeared on What's My Line? with Bert Lahr mystery guest.Pete asked Bert,"Have you been acting for a long time?" and Lahr answered "Yep." But when Bennett Cerf asked Lahr,after Kitty Carlisle asked Lahr if he was appearing on Broadway at the time (he was),asked Lahr,"Did you ever play a lion in a movie?",Lahr covered his face,and on the next clue,Tom Poston slipped through the opening and nailed Lahr! (Tom opened up the questioning by asking him if he was popular with children,which he was.) Topkapi is me favorite Ustinov movie.(A few months later when Pete was WML mystery guest,Kitty Carlisle nailed Pete after Jean Byron asked Pete if he wore a beard,which he did,and Bennett Cerf asked Ustinov if he graced the panel,which he did.
Arch Stanton said on 25/Dec/13
A lot are claiming Robert Taylor was 5 ft 10 tops, that would make Ustinov 5'8.5" LOL! Ustinov could seem bigger than 5'10" by looking at him as he was large boned and had a large head which gave a big impression. But if you really look into it you can see he was more 5'9" range.
Arch Stanton said on 25/Dec/13
Thanks Rob although I think you've typoed this one as he's now 5 ft 5 and .9 of an inch!! Too much Christmas wine methinks :-]

[Editor Rob: yeah, thanks for spotting that!]
Arch Stanton said on 21/Dec/13
Can you check it out when you have a moment anyway. Taylor is about 1.5 inches taller than Leo Genn in most scenes in similar footwear. When stood side by side Genn is fractionally taller than Ustinov but they're very close. If Taylor was a smidge under 5'11" then I think you're looking more at 176-77cm for Ustinov which looks a better shout than 178 in comparison to Kirk Douglas.
Arch Stanton said on 20/Dec/13
Click Here -a photo of Ustinov and Douglas on the set of Spartacus. Of course Douglas could have been wearing lifts but in the film I think they looked similar range (and he didn't really look like he was wearing lifts next to Jean Simmons who if anything looked 5'5" range in comparison), although Douglas could look 5'9.5"-5'10 quite a lot in his films.

[Editor Rob: I'll have a look at him]
Arch Stanton said on 20/Dec/13
The thing is in the film Robert Taylor looks between 1 and 2 inches taller than Lee Genn in most other scenes and Genn I think looks a bit taller than Ustinov, Footwear looks similar I think. I can't honestly see him above 5'9.5" in comparison and if anything nearer 5'9" but you might see it differently!
Arch Stanton said on 20/Dec/13
5'9.5" looks a better shout if you pause as they're level IMO.
Arch Stanton said on 20/Dec/13
Rob something's not right here. In Quo Vadis Robert Taylor looks nearer 2 inches taller than 1. And Leo Genn on the left who was listed at 5 ft 10 looks a bit taller although in that comparison he's a bit nearer the camera and looks a bit taller than he does in the rest of the film. Maybe a slight downgrade to 5'9.5"? I don't think 5'10" is possible in comparison. If I rPause at 52:03 Click Here for comparison. From what I reclal he looked more 5'9" range in the Egyptian and Spartacus too. Wasn't he the same height as Kirk Douglas in Spartacus?
Kyle Cosgrove said on 17/Aug/11
I like peter Ustinov, he voiced Prince john in November of 1973. He is 5'10" tall.
gregory lehmann said on 15/May/11
Great actor/director.Won two Oscars and Kitty Carlisle nailed him as "What's My Line?" "mystery guest" in 1963. He was my 5'10" size,but his beard made him taller.
Robert.R said on 26/Jan/07
I would say between 5'10" and 5'11" is about right. It amazes me how he was chosen to play the part of Hercule Poirot in the films when the character in the book was only 5'4"! It is little wonder why Agatha Christie, who was still alive when the first film was made, allegedly said he was totally unsuitable for the role.
Roger Field said on 12/Sep/06
Here is a photo of Sir Peter Ustinov and myself taken in 1993. We are the same
height in the photo, which I also remember. I am almost 5'9" without shoes.
Celebrity Heights A-Z
A
B
C
D
E
F
G
H
I
J
K
L
M
N
O
P
Q
R
S
T
U
V
W
X
Y
Z
Random Celebrity
Latest Star Heights