Scottish actress best remembered for roles in The King and I, An Affair to Remember, From Here to Eternity, Black Narcissus, Heaven Knows, Mr. Allison, Quo Vadis, The Life and Death of Colonel Blimp, King Solomon's Mines and The Sundowners. She said in a 1947 Philadelphia Enquirer "I'm five feet seven and that's enough. Professionally, I mean." 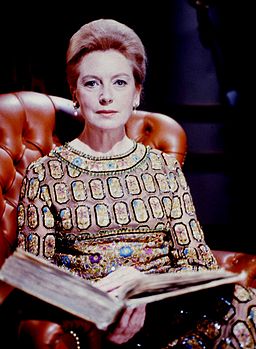 Average Guess (5 Votes)
5ft 6.2in (168.1cm)
Miss Sandy Cowell said on 3/Jan/20
The first time I watched Deborah was when I viewed 'Heaven Knows Mr Allison', when she pretended to be a nun.

I was so small that all adults looked like giants!

Editor Rob: I'm not sure of her weight.
anyonmious said on 23/Dec/16
The current biography yearbook aka green bible has her listed as 5'7"
Sam said on 4/Nov/15
Rob, could you add those additional credits? One of the most distinguished careers of a leading lady of her day.
Sam said on 19/Aug/15
Rob would you add The Life and Death of Colonel Blimp, King Solomon's Mines, The Innocents and The Sundowners to her credits and a photo if you get one?
Arch Stanton said on 6/Jul/15
Rob, do you think maybe 5'6.5 would be fairer? If you see her next to Cary Grant and Walter Pidgeon for instance she seems to pull off looking 5 ft 10 range in heels. Now she did wear big heels, but I think something around 169cm would better.
Arch Stanton said on 15/Apr/14
Mmm next to Richard Burton in flats in The Night of the Iguana she looks about 4 inches shorter actually. Doesn't look over 5'6" next to him.
littlesue said on 25/Mar/14
Those heels would only give about 2 inches in height, could have been on a box for close ups and diferent camera angles
Arch Stanton said on 23/Mar/14
She looks about 5 ft 10 in normal heels next to Cary Grant in An Affair to Remember. They might give 3 inches but 4??
Arch Stanton said on 4/Feb/14
Rob is Roger Livesey worth adding? Haven't checked his height on the web but proportionally next to Kerr in The Life and Death of Colonel Blimp, one of the great Powell and Pressburger films, he looks 5'11-6' to me.

[Editor Rob: it could be a chance yeah]
Trang said on 12/Jul/11
Here's a picture of Audrey Hepburn with Deborah Kerr.
Click Here
Marco said on 24/Feb/11
Maybe she was wearing heels but i'm pretty sure shes taller than 5'6 in "the king and i" Shes seems pretty tall
glory said on 5/Jan/11
Funny....Cary Grant was 6'1 and Deborah Kerr was 5'6. Watching them dance in the movie "An Affair to Remember" they were almost the same height. How could that be??
Stiffelio said on 19/Oct/07
My salute to this wonderful actress who passed away yesterday.
Kyle said on 28/Feb/07
I have seen numerous films with Deborah Kerr and she has always appeared tall
next to her leading man. She looked to be more 5'7" than 5'6". Also, Turner
Classic Movies' book "The 50 Most Unforgettable Leading Ladies of the Studio Era" lists all their heights (and lists Miss Kerr's as 5'7").