British actor, best remembered for roles in films North by Northwest, 20,000 Leagues Under the Sea, Lolita, Journey to the Centre of the Earth, The Desert Fox, Pandora and the Flying Dutchman, A Star Is Born, Julius Caesar, The Boys from Brazil and The Verdict. 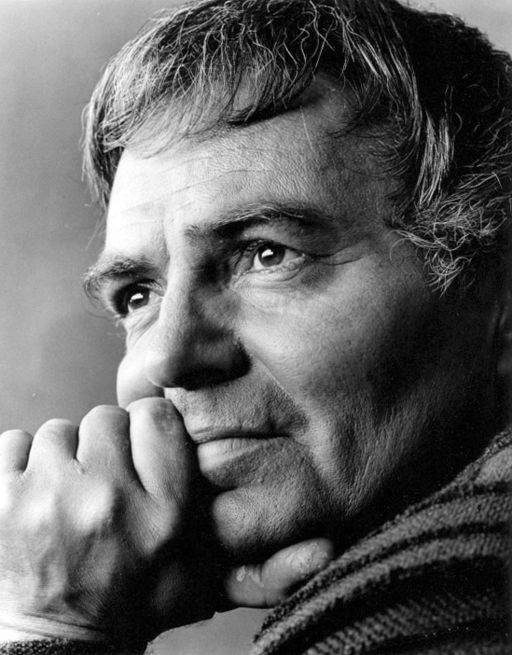 Jug said on 7/Aug/16
Cary Grant was 6'1. Mason looked two inches shorter in 'North.' Sometimes a 5'11 guy can look tall, sometimes short. It is a height that is sort of in between tall and short. Mason was often in movies with taller co-stars. What amazes me is how many actors were tall in the old days. Many of the leading men were comfortably over six feet (Gary Cooper, James Stewart, Gregory Peck, John Wayne, Rock Hudson). You'd expect them to be taller today, but they tend to be shorter now.
charlie said on 14/Feb/16
James Mason appeared to look 5 foot 8 in many of his movies.
Sam said on 9/Oct/14
He looks weirdly short and squat in proportions in some parts of Pandora and the Flying Dutchman, I think it was his unflattering period clothes in some scenes, which look like a Frog Prince's clothes to me. In some parts of other films, he could pull of 5'11"-6'0" range though.
Arch Stanton said on 2/May/14
In Heaven Can Wait he looks a weak 5'11 next to Beatty, he might have lost a bit by then though as he was near 70. Odd thing is though is that I thought he only looked about 3 inches shorter than Peck in Boys From Brazil, and Peck still looked 6'3" next to David Warner in The Omen!!
Arch Stanton said on 2/May/14
Rob there's a space needed between Lolita and Journey. Thanks for adding them!
Arch Stanton said on 2/May/14
Oddly looks 6 ft 1 in The Reckless Moment!
Arch Stanton said on 29/Apr/14
He was pretty annoying in The Prisoner of Zenda though!
Arch Stanton said on 29/Apr/14
Rob can you add a photograph and best remembered for films such as "20,000 Leagues Under the Sea, Lolita, North by Northwest, Journey to the Centre of the Earth, The Desert Fox, Pandora and the Flying Dutchman, A Star Is Born, Julius Caesar, The Boys from Brazil and The Verdict?

I liked Mason a lot, I liked his voice and demeanour, even if he was miscast in quite a few of the historical roles like Julius Caesar IMO.

Sam said on 21/Mar/14
Two shots of interest on this page. He looks to be a bit under the 5'11" mark with 6'1" Cary Grant but looks solidly 5'11" if not more than that with 6'4" Robert Ryan.
Click Here
Mason was one of the best actors of his day, a bit underrated I think. Having read some interviews with him and such he seemed an intelligent, classy guy although not always the cheeriest sort. I've read Mason was the only actor Stanley Kubrick made an exception for his rule (during filming of The Shining) that they were not allowed to visit his set while shooting unless they were in the cast.

Arch Stanton said on 28/Feb/14
Looks a strong 5'11 in The Man in Grey next to Stewart Granger although Granger might have been a little under 6'3".
Arch Stanton said on 18/Dec/13
Watched 20,000 leagues and Journey to the Center of the Earth within the last few days. Enjoyable films, haven't seen either since I was a kid. Agreed on 5'11", although Kirk Douglas looked only about an inch shorter and Alan Napier looked 7-8 inches taller in Journey.

Peter Ronson in JTTCOTE really looks a spit for Dolph Lundgren at least in body frame/jaw/hair. They have exactly the same sort of build and structure and hair. He looked like some Nordic superman. I was guessing him at 6'4-6'5" and I see he was listed at 6'4".

Sam said on 10/Oct/13
He looked oddly short in Pandora and the Flying Dutchman...something about his Dutchman costume I think. He did look a little taller I think than Marlon Brando in Julius Caesar and roughly 2 inches shorter than Cary Grant in North by Northwest.
Arch Stanton said on 29/Aug/13
Does look about 5 ft 11 in Lolita.
avi said on 10/Aug/12
solid 3 inches on Peter Sellers in Lolita. without a doubt hes 5'11
gregory lehmann said on 15/May/11
My most vivid recollection of James Mason? When Merv Griffin,in 1962,screamed "Gesundheit,James Mason!" when Mason sneezed when Merv tried to question him as the "What's My Line?" "mystery guest."
clint said on 3/Nov/07
I think mason did lose height at the end of his career because in the war film cross iron he was much shorter than 6ft 3 james coburn. When he was young he probarbly was a strong 5ft 11-6feet. He towered brando in julius ceaser.
al said on 30/Oct/07
Mason was much taller when he was younger than when he was older in the 70s. He was never below 5ft 10 even in his last few movies. He looked 5ft 10-11 in the deset fox where he played rommel.
Anonymous said on 17/Sep/07
He looked much taller than marlon brando in julius ceaser. Brando i think was 5ft 9 so maybe he was a full 5ft 11 like some people say.
Mayfair said on 12/Aug/07
James Mason stood 5.10 & 1/2 in the Maltese Falcon, at end of life shrank to 5.9
Josh said on 29/Apr/07
MASON ALWAYS LOOKED A BIT TALL ROUND 5FT 11 BUT I DONT THINK HE WAS EVER OVER 6FOOT. HE WAS ABOUT 1 INCH OR SO BELOW CARRY GRANT AND HE WAS 6FT.
al said on 14/Apr/07
mason was always this height and looked it in a lot of films like in the desert fox and north by northwest.
tubbs said on 17/Mar/07
Don't mean to be anal Rob, but James Mason isn't from the US, he is from Yorkshire I think.

[Editor Rob: no, its good you pointed the error.]

LuckyLuciano said on 6/Nov/06
Not even close. I rode in an elevator with him at the Plaza hotel after auditioning for the movie TAPS. Impeccably dressed but maybe an inch taller than my father so 5 foot 9. He was very surprised and happy that I knew exactly who he was at my young age. "Mom that's James Mason!!!"
Anon said on 6/Jul/06
I thought maybe an inch shorter. I remember being quite surprised by the height difference between Mason and Grant (6'1") in that movie.
Frank2 said on 19/Mar/06
And unlike other actors, Mason didn't shrink. I last saw him at the Motion Picture Academy Theater where we had a nice chat. He was still my height. That was about six months before he died.
Sue said on 18/Mar/06
Yes I would say this was about right, maybe even an inch more, definately in that ball park.
Celebrity Heights A-Z
A
B
C
D
E
F
G
H
I
J
K
L
M
N
O
P
Q
R
S
T
U
V
W
X
Y
Z
Random Celebrity
Latest Star Heights