British actress best known for appearing in TV mini-series The Borrowers, Children's Ward and Ordinary Lies. On her twitter she's mentioned her height, saying I'm 5"1 and a size 6 [UK]", and that "I'm over 5" so not technically a dwarf." 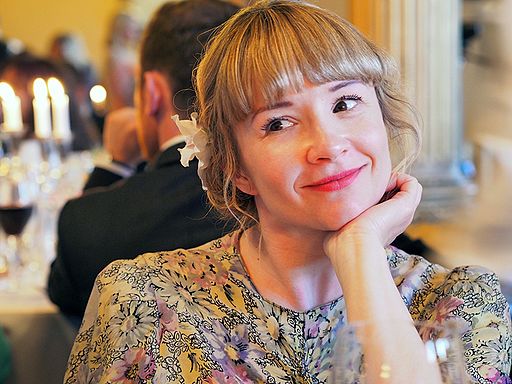 Average Guess (6 Votes)
5ft 1.67in (156.6cm)
Gladstone Screwer said on 29/Jan/21
Rebecca is in Doc Martin on tv now, about 2010 I think. She is absolutely gorgeous and 5’1” suits her perfectly.
Nik said on 6/Sep/18
It's interesting to find out that she is four inches shorter than her Mum!
Sandy Cowell said on 6/Feb/17
She's a far cry from her Mum's 5ft5, so I thought exactly the same as 'littlesue', who commented back on 15th May, 2015, that Rebecca must have inherited the petiteness from her Dad's side!
You can see a likeness in the mother's and daughter's faces though, most certainly!
littlesue said on 15/May/15
She must have had a smallish dad, who Mom is Beverley Callard, the actress from Coronation Street who looks around 5ft 5.
Celebrity Heights A-Z
A
B
C
D
E
F
G
H
I
J
K
L
M
N
O
P
Q
R
S
T
U
V
W
X
Y
Z
Random Celebrity
Latest Star Heights