American comedian remembered for his TV show The Red Skelton show. He also appeared in films such as I Dood It, Ziegfeld Follies, Three Little Words, Flight Command, Whistling in the Dark, A Southern Yankee and The Yellow Cab Man and The Clown. 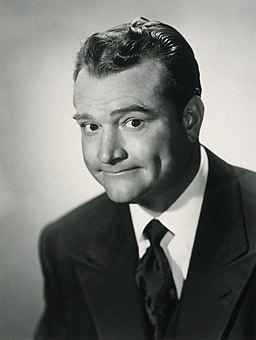