American actress best known for playing Della Street on TV series Perry Mason. In film she appeared in The Jackpot, Lone Hand, Jolson Sings Again, The Clay Pigeon and West of the Pecos. In a 1946 Life magazine it described her as: "24 years old, 5 feet 5 inches tall, weighs 115 pounds" 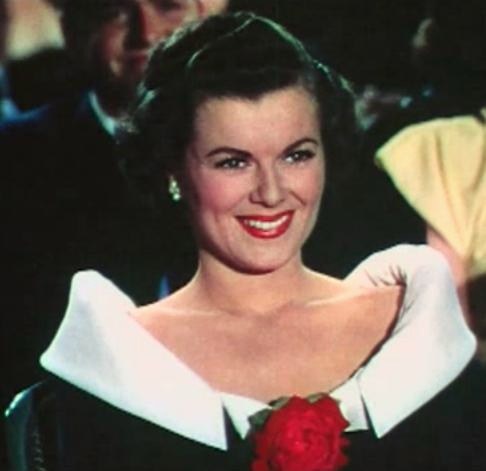 Average Guess (2 Votes)
5ft 5.5in (166.4cm)
wishbone said on 19/Dec/19
That spun me for a loop! I always thought Barbara was 5'7" or 5'8" but 5'3" made me feel hallucinated! Yet Wesley Lau told Perry in The Case Of The Hateful hero (directed by Lau) "Della looks short to me Perry!" "She's 5'3" Andy" Perry told her. Just like certain movies I call "Video Collection Requirements" the same holds true for classic TV shows. Perry Mason is one!
Arch Stanton said on 14/Sep/17
This is too high Rob, just watched the Jackpot and she was roughly a head shorter than Jimmy Stewart in heels. If he was a little over 6 ft 4 in dress shoes maybe 5'6 range in moderate heels giving 2.5-3 inches perhaps. I'd say more 5 ft 4 but not looked much at her height in other films.