American actor best remembered for roles in films such as Mutiny on the Bounty, Five Graves to Cairo, The Lives of a Bengal Lancer, The Bride Wore Red, Mickey One, Dangerous, Phantom Lady, Dancing Lady and Advise & Consent. He was regularly describe as 6ft tall and 160 pounds during the 1930's. 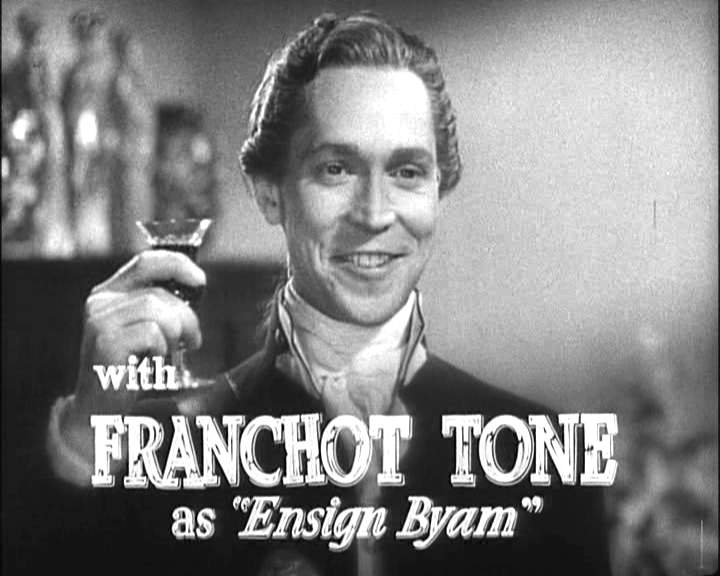 Average Guess (2 Votes)
5ft 10.25in (178.4cm)
Tom said on 2/Apr/16
Franchot Tone was 510".
Sam said on 21/Nov/14
Here's a photo with MacMurray and Milland from that and he does look around 5'10.5" roughly I think.
Click Here
Arch Stanton said on 18/Nov/14
A 5'10.75 listing might be OK, but seeing him with Milland and McMurray in Thousands Cheer I think Rob's more accurate with 179. Milland really had an easy three inches on him. With Gable, that's how the difference generally looked in the film Click Here Anything in 5'10.5-5'11 range is arguable. It depends on how much of a strong 6' you view Gable, for me I think 6'0.25 more likely barefoot than 6'0.75.
Sam said on 18/Nov/14
According to online, Barbara Payton went back to Neal for 4 years after 7 weeks of marriage to Tone...Neal was a shady thug and seemed it even on-screen. Tone was a likeable guy on-screen but seemed quite unlucky in love in real life.
Gonzalo said on 18/Nov/14
Tone looked around 1`80.
He was great in Three comrades, a very beautiful and unknown film.
Poor Tone, was badly injured in a fight for a woman (Barbara Payton) with actor Tom Neal. I think he was even in coma. Fortunately he survived and married the girl...though it didn´t last

Arch Stanton said on 16/Nov/14
He actually looked 5'9 range next to Erich von Stroheim in Five Graves to Cairo who was 5'6" max, although his posture wasn't great and Erich might have had lifts to make him look a bit more imposing.
Arch Stanton said on 15/Nov/14
Looks spot on in Star Spangled Rhythm (a great film), three inches shorter than 6'1.5" Ray Milland.
Sam said on 14/Nov/14
Thanks for adding, Rob, another one off of Arch's old suggestions. However, at times I think he'd be a proper 5'11".
w/ 5'11" listed Robert Taylor, Tone seems to edge him out:
Click Here
w/ his wife for a time 5'4" listed (and presumably always heeled) Joan Crawford:
Click Here
hus height is variable next to Clark Gable with one or the other having terrain advantage:
Click Here
Click Here


Arch Stanton said on 14/Nov/14
It occurred to me he looks a bit like Zach Morris from Saved by the Bell!
Arch Stanton said on 14/Nov/14
Nice one Rob, can you squeeze in The Bride Wore Red and Mickey One? Spot on I reckon, thanks, can you tweak slightly to "regularly described" though. Ha, if he was 6 ft Clark Gable was 6'1.5-6'2! 5'11 is possible but definitely nothing over that. The Times of San Mateo, California dated December 23, 1937 describes him as 6 ft and 163 pounds. I'd say 6 ft was a shoe measurement and rounding up slightly.
Celebrity Heights A-Z
A
B
C
D
E
F
G
H
I
J
K
L
M
N
O
P
Q
R
S
T
U
V
W
X
Y
Z
Random Celebrity
Latest Star Heights