American actor best remembered for roles in films such as Tilt, The Outsider, Man of the East, Joe Kidd, The Eiger Sanction, Thunderbolt and Lightfoot, Prime Cut, Thunder Over Arizona and The Sugarland Express. In the book "It came from Horrorwood" he mentioned his height, saying "I'm 6ft 4" 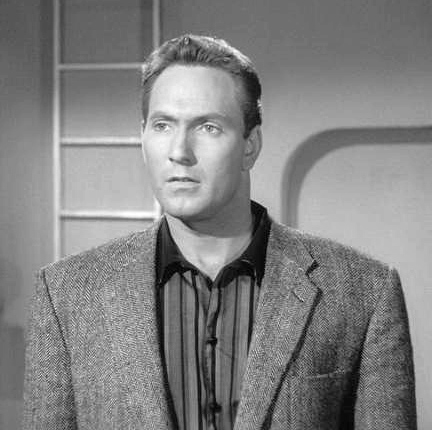 Average Guess (5 Votes)
6ft 4.3in (193.8cm)
Rampage(-_-_-)Clover said on 19/Oct/19
Saw Prime Cut last night (underrated classic) and he looked a good couple of inches taller than Hackman
Rampage(-_-_-)Clover said on 31/Mar/17
I think he edged out Eastwood so definitely a more solid 6ft4, possibly a touch over.
Arch Stanton said on 28/Apr/16
Rob can you add a photo and films like The Outsider, Man of the East, Joe Kidd, The Eiger Sanction, Thunderbolt and Lightfoot, Prime Cut, Thunder Over Arizona and The Sugarland Express?
movieguy said on 26/Apr/16
In his autobiography Walcott says he was the same size as Clint or a little bit bigger. He usually played a bad guy compared to Clint's good guy persona. Slightly taller and heavier set. I agree with the other posters who put Clint just under 6'4'' and this guy right on the mark or a little over. Gene Hackman played along side him in Prime Cut and Hackman wasn't much shorter so he was a big guy himself.
Rory said on 20/Nov/15
In eiger sanction looked at most half an inch taller than clint. Where they had similar attire and presumably footwear and on flat ground. Walcott 6'4/6'4.25...Clint 6'3.5/75.
jervis said on 27/Aug/15
Sam you cant judge height from that photo ,you cant see their legs Clint is more than likely on lower ground than Walcott because in Joe kid they were much closer in height than in that photo.But I still think Walcott was a strong 6ft4 and Clint closer to 6ft3.
Ron B. said on 18/Feb/15
Taller than Clint Eastwood by at least a half inch. He was a legitimate 6'4" guy.
Jake: 1.84 m- 1.85 m said on 21/Nov/14
Yep, looked at least 2 inches taller than Ben Johnson in Spielberg's great film 'the Sugarland Express'.
Arch Stanton said on 30/Apr/14
6'4.5 is possible. Either way he looked a great example of a proper 6'4" guy to me.
Sam said on 30/Apr/14
Ha, this guy was actually in Plan 9 from Outer Space and still had a career afterwards! Rob, could you add Joe Kidd, Plan 9, The Sugarland Express and Battle Cry to his credits? Here, the difference between Walcott and Eastwood looks near a inch.
Click Here
Arch Stanton said on 9/Nov/12
Yeah he edged out Eastwood a little in Joe Kidd but they were very close in height. Certainly a solid 6'4".
Mark said on 28/Oct/12
He looks taller than Eastwood, to me,by a bit, and his shoulders are higher set. I posted something similar once before, but many old posts under all stars seem to have been deleted.
thebad7 said on 24/Feb/11
I remember him most as the cowardly sheriff in 1972's JOE KIDD. Early in the film, there are shots of him standing next to Clint Eastwood and one scene in which he escorts Eastwood's Joe Kidd to the County Courthouse. They are the same height--6'4" for Greg is correct.

Melodee Bonnes said on 30/Jul/06
I remember that he was visiting our church and came to our house when I was 6 in Long Beach, Calif. He was so handsom and TALL with broad shoulders. I was thrilled to sit on his lap as my parents visited with him. What a sweet man. God Bless
Celebrity Heights A-Z
A
B
C
D
E
F
G
H
I
J
K
L
M
N
O
P
Q
R
S
T
U
V
W
X
Y
Z
Random Celebrity
Latest Star Heights