American actor best known for roles in films such as Johnny Cool, The Italian Connection, Ocean's 11 (1960), The Manchurian Candidate, Above the Law, Assassination, The Hills Run Red, Sergeants 3 and Code of Silence. In a 1979 newspaper article it described him as "6-foot-2. 175 pounds of muscle. His lean, swarthy face is cruel with high cheekbones, deep-set eyes and high forehead topped by a shock of black hair" 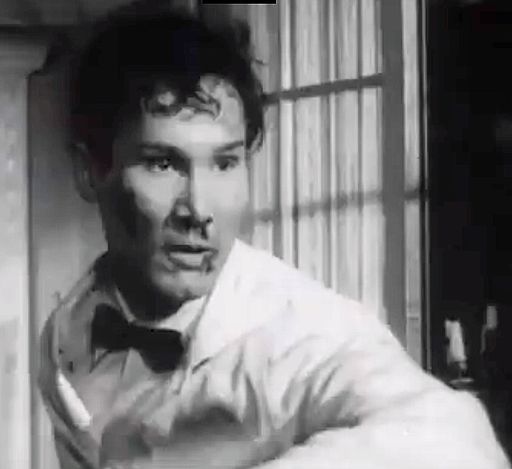 Average Guess (3 Votes)
6ft 1.33in (186.3cm)
Gonzalo said on 17/Jan/18
Tall guy. He looked close to 1`90 in some films
Matt said on 24/Dec/16
"Really? That tall? He and Frank Sinatra fight hand-to-hand in The Manchurian Candidate (and Sinatra wins the fight), but I don't remember Silva being bigger than Sinatra, who was probably five foot-eight."

It's kind of hard to tell because they're both crouching and they cut back and forth between them in most of the shots but you can tell in some of the shots when they're back to back that Silva looks much taller than Sinatra. Janet Leigh's character refers to him later as a "very large korean man" lol

Ian C. said on 22/Sep/16
Really? That tall? He and Frank Sinatra fight hand-to-hand in The Manchurian Candidate (and Sinatra wins the fight), but I don't remember Silva being bigger than Sinatra, who was probably five foot-eight.
Arch Stanton said on 20/Apr/16
Sam said on 4/Apr/16
Yeah, never seen the film Arch and I don't doubt that Silva would be shorter than Strode...having seen it, would you say Silva looks 2 inches shorter?

Looked about that, in one scene it actually looked a bit more, which made me doubt he was ever 189. But for sure he could look a strong 6'2 in a lot of films.

Rampage(-_-_-)Clover said on 15/Apr/16
Around 188/189cm peak
Sam said on 4/Apr/16
Yeah, never seen the film Arch and I don't doubt that Silva would be shorter than Strode...having seen it, would you say Silva looks 2 inches shorter?
Arch Stanton said on 1/Apr/16
@Sam, that's why just one photo can't be trusted, if you see that film The Itlaian Connection with Woody Strode you'll see haha!
Rampage(-_-_-)Clover said on 30/Mar/16
Arch, I thought he could still look 6ft2 in Above The Law, maybe a fraction shy at worst. But then again Seagal might have been 6ft4-4½ range back then. There was around 2in or so between them. So 6ft2½ could be argued for his peak.
Sam said on 25/Mar/16
Somehow he looks taller than listing at times
w/ 6'4" Woody Strode here: Click Here
w/ Dick Van Dyke & Edward G. Robinson: Click Here

Arch Stanton said on 25/Mar/16
Difficult to imagine he was ever 189 seeing him older with Busey but in the original Ocean's 11 Rampage is right that he could look a genuine 6'2.5 in his prime.
Sam said on 25/Mar/16
Yeah, it was possible he was a tad over 6'2", a genuinely tall guy. His and Sinatra's fight scene in Manchurian Candidate was great.
Rampage(-_-_-)Clover said on 24/Mar/16
Looked 189cm in Ocean's 11
Rampage(-_-_-)Clover said on 23/Mar/16
As he appeared next to Seagal in Above The Law
Arch Stanton said on 23/Mar/16
There's a scene near the beginning of Ocean's 11 where he's walking with Sinatra or Joey Bishop I think and looked quite towering. I think it was that which had me thinking he might have been taller.
Arch Stanton said on 23/Mar/16
He was also in The Bravados with Peck but think he had a minor role, I;ve seen it but a long time ago, before I even knew Silva's name!
Arch Stanton said on 23/Mar/16
Cheers Rob, can you squeeze in Assassination, The Hills Run Red and Sergeants 3, a memorable Rat Pack vehicle in which he played an Indian chief, believable too with his cheekbones and look. Didn't really stand with Seagal in Above the Law but I think briefly they were close in combat and you could see Seagal looked roughly about two inches taller. If you see this guy in Ocean's 11 the original and others 60s films though he could look a stronger 6'2. He could look standout tall with the Rat Pack members. He was close friends with them, close enough to have been called a Rat Pack memner itself. A little over 6'2 prime isn't impossible. I tink there were a few scenes with Strode in The Italian Connection though where he didn't look less than 2 inches shorter than Strode which isn't reflectedin the photograph so I'm OK with 6'2 flat!