American puppeteer, actor and director, best known for creating The Muppets. He also created Fraggle Rock and directed Labyrinth and The Dark Crystal.

Unusually tall for his age, he would eventually top out at six foot one, though he was so lanky everyone would always swear he was taller. - Jim Henson: The Biography (2013) 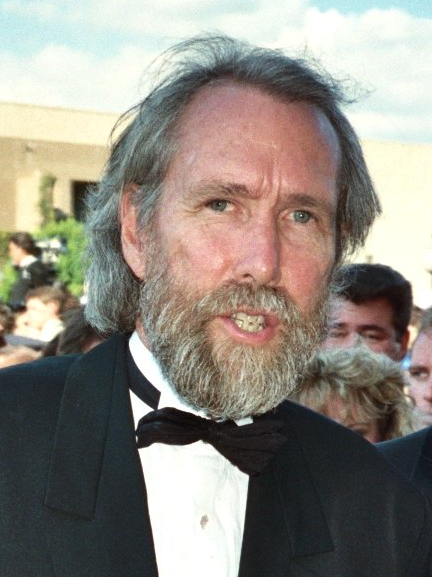 
Miss Sandy Cowell said on 24/Sep/19
Jim Henson would have turned 83 today had he lived past the tragically young age of 53.

Miss Sandy Cowell said on 23/Apr/19
@ Rampage Clover - You're right there! I was always under the impression that Jim was nearer the 6ft4 mark - seriously!

We will never forget you Mr Henson

Thanks for all master!!
Sandy Cowell said on 24/Jun/18
Taking into account all the interesting comments I have just read, I'd like to go for the average of 6ft1.75. Maybe Rampage is right and Jim did 'dumb it down' a little.


That clip of him on Arsenio is very strong evidence

Editor Rob: I wouldn't rule it out of course, he could seem a bit taller than 6ft 1, had a frame for looking very tall.


Please don't tell me that's only 2in between him and Arsenio Hall. He's slouching while Arsenio is standing upright and he has a good 4in on him! Furthermore, please don't downgrade Arsenio to 5ft9 as a result of that. He was easily around 5ft11 back then (does look shorter today though).

Editor Rob: you can argue 6ft 2 there yes.

I wouldn't go lower than that and quite possibly was 6ft2. Not buying 6ft1 flat.
Jay said on 16/Apr/16
Still don't see Jim Henson under 6'2.....
Cuconimous said on 24/Mar/16
I think this is the part where we all fall for '...he was so lanky everyone would always swear he was taller'
Yet, I haven't seen any pic of anyone taller next to him

That said, it is possible that he used shoes with boot-like 2"-3" heels, which would not be uncommon and would explain the mismatch