American actor, best remembered for roles in films like Dr. Jekyll and Mr. Hyde, Grand Hotel, Dinner at Eight, Twentieth Century, Sherlock Holmes, Marie Antionette, The Mad Genius, A Bill of Divorcement, Svengali, and Romeo and Juliet. He was described in his day generally as standing 5ft 11 and weighing 170 pounds. 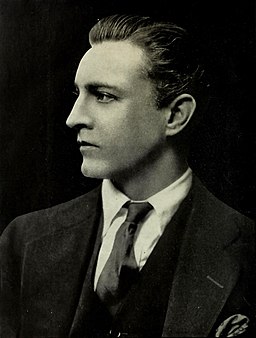 And here from Svengali, those 'elevators' look downright painful.

I doubt Hawks was that tall. Check him out with the Duke.

And remember, John was wearing lifts.
Arch Stanton said on 18/Dec/14
5'7" LOL. There's a scene in Arsene Lupin in which one of the actors in it is described as 6 ft and 190 pounds and Barrymore looks just under 2 inches shorter. So probably the actor was 5'11.5 or something but rounded up.
Steve said on 25/Nov/14
Closer to being 5'7.
Arch Stanton said on 8/Nov/14
He does look 5'9".5 or so next to Hepburn in moderate heels but the comparison with Henry Stephenson, listed at 6'2" doesn't add up. Stephenson towered him by easily 5 inches. See 40 minutes range for example Click Here
Arch Stanton said on 8/Nov/14
He was fantastic in A Bill of Divorcement, best performance I've seenm played the confused nutcase to perfection.
Arch Stanton said on 8/Nov/14
Rob can you squeeze in George Cukor's A Bill of Divorcement ? He was in it with an early Katherine Hepburn. Better known than Svengali I reckon.
Sam said on 27/Oct/14
He could look nearer 5'9" than 5'10" next to Carole Lombard though.
Click Here
Sam said on 27/Oct/14
He was really good in Twentieht Century, which suited his status as the archetypal ham.
Sam said on 24/Oct/14
In Arch's photo (good find!) with Disney and his two siblings, he does look this range.
Arch Stanton said on 23/Oct/14
Spot on Big Rob I reckon, thanks! 5 ft 11 I think would have been a shoe measurement.
Celebrity Heights A-Z
A
B
C
D
E
F
G
H
I
J
K
L
M
N
O
P
Q
R
S
T
U
V
W
X
Y
Z
Random Celebrity
Latest Star Heights