American film actress known for roles in The Birth of a Nation, Duel in the Sun, The Night of the Hunter,Way Down East, Orphans of the Storm and Broken Blossoms. In a respected 1938 publication it described her as such: "5 feet 4 inches, 110 pounds, blond hair and light blue eyes". A biography mentioned "Lillian's medical certificate, signed on July 29, 1986, indicates that she was in fine health, five feet three inches tall (three inches shorter than when she was a young adult), weighing 115 pounds" 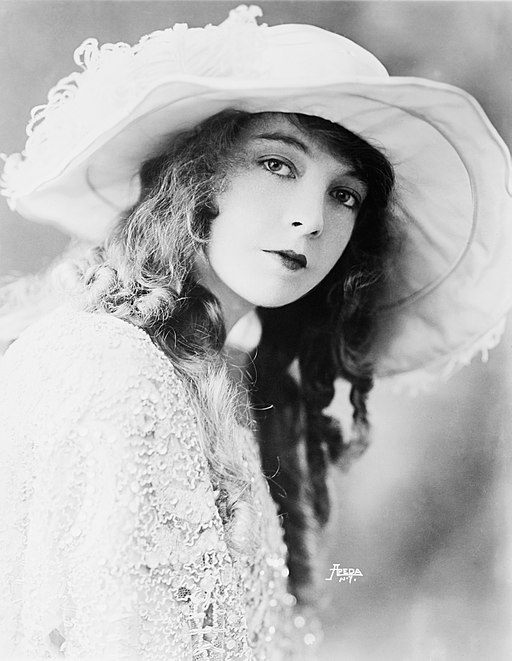 Average Guess (3 Votes)
5ft 2.5in (158.8cm)
Woody Woodrum said on 4/Sep/19
I had a grandmother and great aunt who were 4-11 and a grandfather who was 5-0 even. Gish looked as diminutive as my relatives, and I would agree with those who set her at around 100-pounds. 5-2 might even be too tall, but what a great website!
Sam said on 23/Oct/15
Looked short with others in films from the teens and 1920s when 5'2" should have been about average height.
MaryAnne said on 1/Sep/15
saw a film of her today and i was stunned by her beauty
harley said on 24/Apr/15
what i have noticed is she is sort of hunched over a little in some of her films such as broken blossoms.
Arch Stanton said on 26/Nov/14
Really looks short in The Mothering Heart from 1913, she was young then.
littlesue said on 9/Jun/14
I would agree on the 5ft 2 height Arch and a bit lower for Dorothy, 5ft 2 average height up till about 1950.
Arch Stanton said on 8/Jun/14
They were rather cute as sisters though, see 2 hrs 22-3 at the end of that link I sent. Dorothy plays a blind girl in it. Lillian I think looked about 1.5 inches taller. A great actress IMO as some of her facial expressions really came across well and it must be so much harder as a silent film actress to look convincing and act. Definitely one of Griffith's better films that one.
Arch Stanton said on 8/Jun/14
Click Here

Arch Stanton said on 8/Jun/14
Yeah in Orphans of the Storm her and Dorothy real look dainty little things, petite with small frames. Dorothy looks an inch maybe a tad more shorter I think, I'd guess her at a weak 5'1 and Lillian at 5'2" which would seem to look about right next to DW Griffith and a few of the others.
Arch Stanton said on 8/Jun/14
Yeah what Sue said about the 2 inch rule, I think a lot of the silent actresses seemed to add 2 inches. Pickford claimed 5 ft too.
Arch Stanton said on 8/Jun/14
Thanks Rob (and for moving some of my posts!) . Can you also add Way Down East, Orphans of the Storm (which I'm watching next and also in the 1001 movies book) The Scarlet Letter, and The Whales of August. 5'2" is much more likely. I mean look at the length of her upper body Click Here If she was really 5 ft 4, in heels in that era she'd never look short, especially as a lot of the silent guys were 5'8-5'10. Yet she always looked small, not Mary Pickford tiny but in some scenes in films like Broken Blossoms and Way Down East she could even look shorter than this. Dorothy Gish I think was close to 5'1 but claimed 5'2".
Arch Stanton said on 7/Jun/14
Click Here That's with Richard Barthelmess at the end Way Down East who was listed at 5 ft 9, more 5 ft 8 range. She's in heels too. She can look taller in some photos I agree, but if you watch those films you'd agree that she didn't even look close, I'm sure.

That ones better for comparison. You've seen her footwear in the other link. Griffith was listed at 5 ft 10 and didn't look under it. his shoes have a fair heel, nothing too big though, maybe a bit over an inch. If he's 5'11 in them I see about 8 inches shorter with probably an inch footwear advantage? Maybe she was 5'2" then? What do you think?

Arch Stanton said on 5/Jun/14
Rob, did you consider adding Lillian Gish afterwards or was she too early for you? You do have the 4 ft 10 lady of course. I know you said about the real oldies unlikely to get much traffic but her and Mae West are the two remaining ones of the big name actresses which immediately spring to mind which I think are worth adding. West I think was 5'0.5" but any guesses for Gish? I've seen 5 ft 4 for her but honestly it looks ridiculous in films like Birth of a Nation, Broken Blossoms and Way Down East where she can even look as low as 5'0. I can't see more than 5'2", I can't remember exactly how she looked in Night of the Hunter next to Mitchum as an older lady, but I vaguely remember her in the kitchen that she didn't look quite as short as she seemed in some of her silents. I think something like 5'1-5'2" at least would be more realistic than 5'4. In Way Down East she's stood in a living room and looks tiny, really not even looking close to 5 ft 4. If you do create a page I and probably Sam will comment on it anyway! Click Here DW Griffith on the right was around 5 ft 10 and her sister on the left Dorothy claimed 5 ft 2 I think!. She wasn't 5 ft 4 was she, even though he's nearer the camera. 5'2" is possible for Lillian but I think more 5'1" range personally.
Arch Stanton said on 18/Mar/14
That's if she really was 5 ft 4 Sue, she didn't look it.
littlesue said on 17/Mar/14
I would say she lost a good 4 inches in old age, there is a pic of her on another site with natalie Wood who was only just 5ft herself and she taller than Lillian!
Arch Stanton said on 16/Mar/14
She doesn't look under this there actually. She seems shorter in film.
littlesue said on 16/Mar/14
Heels in the 30's were not particularly high so if they both had similar heel Gish barely looks 5ft 3 compared to 5ft 6 Garbo
Brad said on 15/Mar/14
Might have, she looked older than 71 I tell you that.
Arch Stanton said on 15/Mar/14
Rob how about 5'3.5?

[Editor Rob: it's possible maybe, here is Gish near Garbo, hard to tell footwear, but garbo may have little more...]
littlesue said on 15/Mar/14
Brad she would have been 71 then so I would imagine had already lost an inch or two. Maybe she was 5ft 4 in her prime then
Arch Stanton said on 14/Mar/14
Rob would d'ya you reckon on the downgrade?

[Editor Rob: I'm not sure, 5ft 3-4, somewhere along that range is likely]
littlesue said on 14/Mar/14
looking at the pic with Charles Laughton she looks more like 5ft 3/4 as those wedges would'nt give much height, Charles may have lost some height though when that picture was took
Brad said on 14/Mar/14
Met her in '71. 5' 3" at most.
Sam said on 13/Mar/14
Sure for sure was less petite than Mary Pickford. Unlike Pickford, Gish had a legitimate career during the sound era as a character actress, though it took more than 20 years for her "comeback". I would add The Wind to the list of movies, one of her best and probably her strongest leading performance.
Arch Stanton said on 13/Mar/14
160cm might be a good shout though.
Arch Stanton said on 13/Mar/14
I'd actually guess 5'2.5" if I'm totally honest. 159cm would seem about right.
Arch Stanton said on 13/Mar/14
Rob I think a 5'3" would be nearer can you downgrade? She could look as low as 5'2" but she never really looked 5'4" in the films I've seen her in. 5'3" would be safer IMO anyway.. Thanks for your constructive input Sam and Sue!
littlesue said on 12/Mar/14
I would have said about 5ft 2 as well Arch, think the '2 inch rule' they added was more common in the older years than it is now.
Sam said on 12/Mar/14
I think 5'4" is too high as well. She gives a short impression on screen for sure.
She looks more 5'3" range I think with D.W. Griffith, who was listed as 5'10" in a biography I read on him.
Click Here
In big heels, however, she does look like she could be 5'4" with 5'8" range Charles Laughton (way down the page).
Click Here

Arch Stanton said on 12/Mar/14
Rob can you add Broken Blossoms? That one is pretty notable.
Arch Stanton said on 12/Mar/14
Any thoughts Sue/Sam?
Arch Stanton said on 11/Mar/14
This is great new addition Rob, thanks!! Mmm I thought she was shorter than this actually. She looked smaller in most of the films I've seen her in. In D. W. Griffiths's Broken Blossoms (which is definitely worth adding above I think) I think it was I remember thinking she looked nearer 5'2" although it is possible they made the ruffian father look more imposing and her more timid looking because of the plot. She also looked shorter in Birth of the Nation and Night of the Hunter I think. I'd probably have gone for weak 5'3" myself. I've seen a good number of her films but I didn't take that much note of actual comparisons within them. Perhaps Sue or Sam has an idea.

Click Here I mean look at her proportions there for instance they look nearer 5'2" IMO.