American Actress, best remebered for roles in movies like No Way Out, My Darling Clementine, Blood and Sand, Forever Amber, Unfaithfully Yours, Buffalo Bill, Anna and the King of Siam, Blackbeard the Pirate and A Letter to Three Wives. In a 1940's article it mentioned, "She's 5 feet 5, weighs 115 pounds, a few of which she tells she must get off" although another in 1947 called her 5ft 4.5. 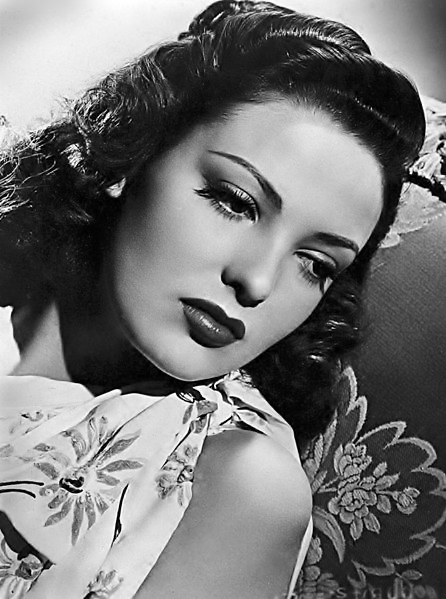 Average Guess (2 Votes)
5ft 4.5in (163.8cm)
Arch Stanton said on 4/Dec/16
Rob can you add a photo and Blood and Sand, Forever Amber, Unfaithfully Yours, Buffalo Bill, Anna and the King of Siam, and Blackbeard the Pirate.
Scarsdale said on 13/Jun/13
Watch her in the Mask of Zorro w/ Tyrone Power in '40...yeah that listed height is about right. She's shortish.
talker said on 16/May/13
i saw recently, an old Henry Fonda movie called Chad Hanna,it also stars Linda Darnell and Dorothy Lamour.Darnell and Lamour were the exact same height.So,i have to revise my previous impression about Darnell,she was 5'5" as advertised and same was Lamour,as listed here.So,Jane Russell must have been 5'7" as listed here.But i think we should give Linda that extra half inch.
talker said on 11/Feb/12
Linda Darnell was exact same height with Jeanne Crain,they both looked about 5'6".They were both working at 20th century Fox and were cast together in at least a couple of movies that i remember.Crain starred with J.Russell,a tall lady,who looked 5'8",in "gentlemen marry brunettes".In that movie,Russell looks 2" taller than Crain,and they are practically the entire movie standing next to each other.But even if Russell was 5'7",Crain and Darnell would be
5'5".Neither Darnell nor Crain looked short in their movies,in fact they looked more like 5'6",which is what i think they were.Great beauties both.
Celebrity Heights A-Z
A
B
C
D
E
F
G
H
I
J
K
L
M
N
O
P
Q
R
S
T
U
V
W
X
Y
Z
Random Celebrity
Latest Star Heights