Indian Actor. He was quoted in a DNAIndia article saying: "I'm not as tall as I claim, you know, I am actually six feet and two inches (and a half), but I love saying I'm six feet, three inches" 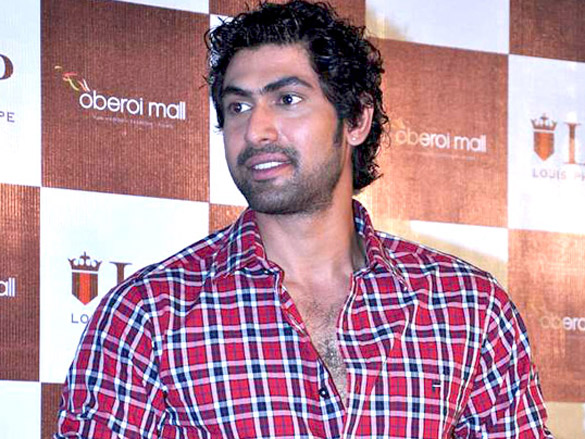 Average Guess (75 Votes)
6ft 2.58in (189.4cm)
Linke said on 18/Jan/21
Rob, would you consider adding Prabhas from the movie Bahubali. Bahubali is one of the highest grossing Indian movie of all time and there is a lot of interest around Prabhas's height.

Yashgupta said on 3/Aug/20
Yes rob Varun tej claims looks to be true even you have estimated him at that range when he was standing next to rana
Linke said on 26/Jul/20
Rob, you may want to add Varun Tej. He actually claimed 192 cms or about 6'4 around 1.10 mark. Rare to find Indian actor claiming in cms.

Blanc said on 27/May/20
What would you list the guy to Rana's right here based on this picture? He's been listed as 6ft – 6ft 1 but I think he looks around 182 cm Click Here

Jasmeet said on 8/Jan/20
Anywhere between 6’2-6’3 tbh. Isn’t much taller than Sonu Sood and around same height as Varun Tej give or take 0.5 inches
Linke said on 20/Dec/19
Haven't seen much of Rana but he looked huge in houseful 4
Yash gupta said on 27/Nov/19
I thint rob you can create pages for more Indian celebs like 1) arjun rampal 2) boman irani 3) prabhas 4) vidyut jamval
adejnb said on 24/Oct/19
Rana is 6.1 flat barefeet! Most indian celebs just exaggerate their height by 2 -3 inches since most of the country averages about 5.6ish height of men. In all seriousness though, he is just 6.1 barefeet. He is one of the tallest in our extended family. As of late, looks taller since is has become so lean.
Ronith said on 20/Jun/19
Legit 189cm
What do you think Rob?
RUDRA PRATAP said on 26/Mar/19
Google has mentioned him as 6’1” and for me he is no more than that
Siddharth Dwivedi said on 27/Aug/18
Hey Rob..how tall does varun trh looks with Rana..he claims to be 192 cm
Photo-:
Click Here

Editor Rob
Varun looks taller.....generally he can look a big man over 6ft 3 at times.

I'm on the Internet most days and I'd say I spent an average of about 10-15 minutes a day actually on this website. I think that's perfectly healthy. I often comment on pages which don't have many posters, so that's why you seem to perceive me as everywhere,

[Editor Rob: one of the things about comments is that it helps the site, especially to bring attention to any heights others might think could be too high/low, then I can look into them and see if I agree or not...

so I appreciate comments on some pages that might have been added 5 years ago but never looked at much!]

hurricane brat said on 14/May/13
question for stanton..do you EVER get off the site man? :-D
Arch Stanton said on 25/Feb/13
Rob do you think that this Daggubati guy can look more 6'3" range in photos though? He looks a rather big 189 if you know what I mean, like Routh and Welling who can all look easily an inch taller.

More i see of Abhi more I'm thinking he is just shy of 6'2", he doesn't look much more than an inch taller than his dad here. But he can often look 189 range himself, maybe 6'1.75" listing would be OK.Surprises me as in photos he can look very similar proportions to guys like Ben Affleck and Eric Bana. Can you list him sometime, he's one I've been curious about for a while!

[Editor Rob: I think rana is a guy who probably is measured 6ft 2.5]

[Editor Rob: yeah 6ft 1.5 for Abhi could be right, he can look an inch smaller than rana...]
Arch Stanton said on 21/Feb/13
@Will Smith, this is what a legit 189 guy looks like!!
Arch Stanton said on 21/Feb/13
Interesting. As this completely blows 189cm for Abhiskek! Well at least he's honest but in fairness this guy could easily get away with 6'3". Rob does this mean Abhishek is more likely 6'1.5"? Or was it posture in those pictures?
SAK said on 4/Jan/13
Looks taller. But 189cm is correct.
Celebrity Heights A-Z
A
B
C
D
E
F
G
H
I
J
K
L
M
N
O
P
Q
R
S
T
U
V
W
X
Y
Z
Random Celebrity
Latest Star Heights