American actor best known for roles in films such as The Wizard of Oz, April in Paris, The Great Ziegfeld, The Harvey Girls, Babes in Toyland, Where's Charley?, Sweethearts, Rosalie, and Just You and Me Kid. 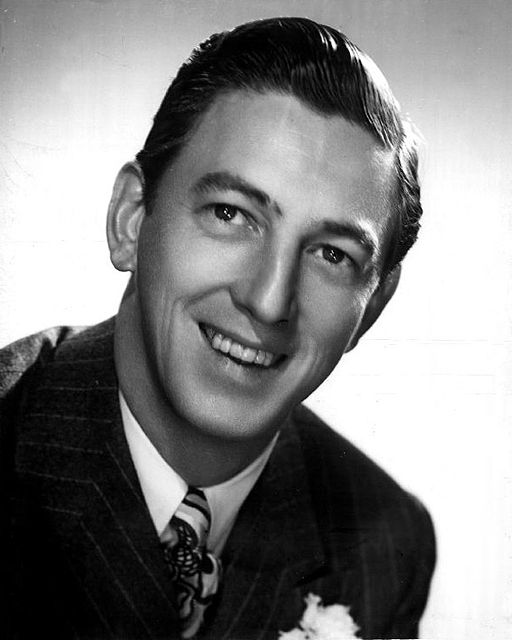 Average Guess (6 Votes)
5ft 11.38in (181.3cm)
wishbone said on 8/Oct/18
Ray Bolger was much more than just the Scarecrow in The Wizard Of Oz. He starred in many fine MGM and some WB musicals like April In Paris (1952.) One of my funniest Bolger movies came as What's My Line? mystery guest in 1956. When Dave Willock asked Bolger if he had ever played in anything other The Wizard Of Oz,he told Red Max (a Wacky Races character Dave voiced),"I plead the 5th Amendment." But The Wacky Races narrator nailed him on clue #10. He was an accomplished tap dancer and later became "knee high" 5' Cathy Rigby's tap dancing theacher. And though Ray was only 5'7",my height,he made everything he starred in worth seeing! (Later in 1961 as WML panelist,he nailed mystery guest Maximillan Schell,Best Actor Oscar winner for Judgement At Nuremberg.) Ray Bolger was CLASS and QUALITY sorely missing today!
Shredder said on 3/Dec/16
Rob , how tall were Jack Haley and Bert Lahr? Both listed as 5'9 and both shorter than Ray Bolger

Editor Rob: shredder, not really looked much at them, would need to find time to have proper look.

Arch Stanton said on 2/Nov/14
Yeah Doris is in heels which I think would give between 3 and 4 inches and Bolger looks maybe 1-1.5 inches taller. So if Doris is hitting 5'10 ish in the heels then it makes sense than in shoes he'd be 5'11.5 and barefoot 5'10.5. I think this roughly checks out with Doris. The odd thing though is that Gordon McCrae in comparison to Doris didn't seem much shorter than Ray and he was listed at only 5 ft 8. I think he was taller.
Arch Stanton said on 2/Nov/14
Rob can you update with a photo and films like April in Paris, The Great Ziegfeld, The Harvey Girls, Babes in Toyland, Where's Charley?, Sweethearts, Rosalie, and Just You and Me Kid. April in Paris and Where's Charley are quite entertaining, worth a watch, same director as Calamity Jane which I know you enjoyed.Looks 5'11 ish in April in Paris.
Dan said on 10/Jun/14
Will you be adding the other actors/actresses from Wizard of Oz? - Frank Morgan? Bert Lahr? Jack Haley? Billie Burke? Margaret Hamilton? Clara Blandick? , it has been awhile since I watched the movie but
I believe Bert Lahr is around 5'8 based off of Rays height
I think Jack Haley is 5'9 but hard to tell with his suit and I have not seen him in anything else.
Frank Morgan I think 5'7 at the end of the movie next to the previous two mentioned and Ray
Charley Grapewin i am unsure of, maybe 5'7-5'8?
Billie Burke - possibly 5'2?
Margaret Hamilton - 5'1 maybe? bit taller than Judy i think anyway
Clara Blandick - based off what i guess for Charley, 5'4 maybe?
what do you think Rob? seen any of these actors/actresses in anything?, I am currently looking at a few movies with Ray and one of them, the daydreamer has Margaret Hamilton too.

Click Here
LuckyLuciano said on 22/Oct/06
Being a friend of Dorothy was probably not considered an asset to a career in films. When I go to my Aunt's I will scan a photo of my grandfather and Bolger as office errand boys. I just Googled it and Bolger was finally outed in some book called "Hollywood Confidential". I knew that from my early childhood because everytime the W.o.O. was on television he would repeat the story verbatim including his appreciation for his incredible dancing skills and his lack of interest in women.
LuckyLuciano said on 19/Oct/06
Nooooo! 5'9" True story. My grandfather & Ray Bolger were mail clerks/pages in a Boston insurance office building during their teens. He and Bolger got into a tiff and my grandfather (hard assed Nova Scotian) ko'd him ending up with an unconscious Bolger breaking a door! He said even then Bolger was a SUPERNATURAL dancer who would show off at office parties & picnics but he had no interest in ladies....if you know what I mean. My grandfather ended up becoming the Pres. of the Insurance Underwriters of America and Bolger took a train to Hollywood soon after being whipped.
Regus said on 9/Oct/06
He's all arms and legs, lanky, hard to guage his real height.
CC-Tron said on 9/Oct/06
5'10 seems right. He didn't look 6'0 as the scarecrow standing next to a Judy Garland in heels.
Celebrity Heights A-Z
A
B
C
D
E
F
G
H
I
J
K
L
M
N
O
P
Q
R
S
T
U
V
W
X
Y
Z
Random Celebrity
Latest Star Heights