Sarah Elizabeth Cupp is an American political commentator and TV panellist.
When someone on twitter mentioned she was 1.8m on Wiki (they meant Google), she replied "I don't speak metric, Lincoln Chaffee, but I'm 5'5"", a height she claimed on numerous occasions. 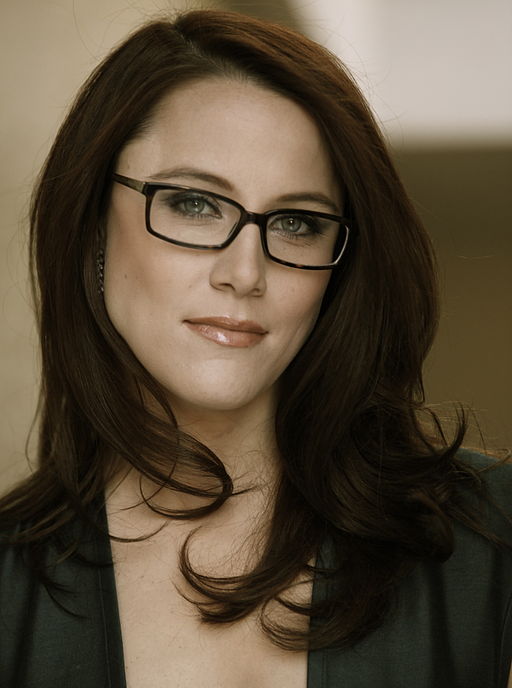 I'm 5'5. I'll never know why the Internet always wants to make me taller.

Editor Rob: if you use algorithms to take data from other sites, sometimes you also take some very wild estimates like with SE Cupp - there is 1 site who must have listed her 5ft 11, then google's algorithm took that height and of course it has no way of knowing if it's correct.

Unless you employ humans to correct errors, I suppose they rely on visitors to submit information to correct.

If I ever made a mistake like typed 5ft 2 instead of 6ft 2, it wouldn't last long as I'd correct it quickly.

Peter Brown said on 13/Nov/16
Even though you are right wing I enjoy your view point
Christian-196.2cm (6ft5.25) said on 30/Oct/16
I certainly didn't buy the 5ft11 Google listing for a second. If she really was 5ft11, then everyone around her must be giants. And HonestSlovene is right, she doesn't have the body proportions of a towering woman.
short stuff said on 29/Oct/16
That 5'5 height sounds more reasonable. I saw her on Celebrity Jeopardy a few months ago and at the end of the show when the players and host were all standing and talking she looked like an average-height woman, certainly not 5'11.
HonestSlovene said on 28/Oct/16
Hehe Arch I say the same ;) BTW, where does the 5'11 / 180 cm listing on google come from? Anyway hard to say since she is sitting during her talk shows most of the time but I hardly could say that she has the proportions that of a very tall woman, looks average more or less.

Editor Rob: sometimes they take data from existing sites, which might have a really erroneous guesstimate.