American actress, best remembered for films such as Valley of the Dolls, Eye of the Devil, The Thirteen Chairs and The Fearless Vampire Killers. In the 1960's she was described as both 5ft 5 and 6, and also in a 1966 article it mentioned she was "5 feet 5 ½, 120 pounds" 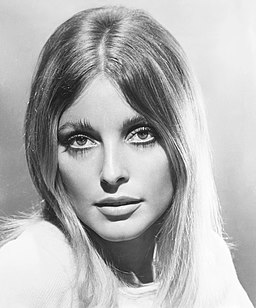 Average Guess (9 Votes)
5ft 5.33in (165.9cm)
Miss Sandy Cowell said on 24/Jan/21
Tragic Sharon should today be celebrating her 78th Birthday with Roman and the family that never was to be. 😢


monroe said on 4/Feb/18
She was absolutely gorgeous.

Sandy Cowell said on 2/Feb/18
I'm unfamiliar with her movies but I am aware of her dreadful demise and that she was pregnant with husband Roman Polanski's child.
I've seen precisely three films about the Manson gang, and if they had centred them round Sharon then they would have been even tackier than they were anyway.