Colombian model and actress, who was a Miss Colombia in 2007 and as an actress, is known for playing Paolo Salcedo on Netflix series Narcos. She said on twitter she measured "1.78 cm". 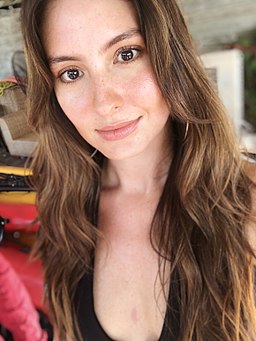 Average Guess (10 Votes)
5ft 8.93in (175.1cm)
Iman Ahmad said on 5/Oct/19
I Guess She Is 175,3 cm Barefoot , A Beautiful Woman ,
Oliver said on 7/Jan/19
Click Here
Thank you,Rob. After seeing her next to another Miss Colombia named Paulina Vega who is listed as 175cm in many sources,I come to think your estimate is correct and 5'10/11 listings seem impossible.
Oliver said on 6/Jan/19
Rob,I remember when Taliana competed in Miss Universe 2008(where she placed as 1st runner-up to her roomate,Miss Venezuela), she got described as 5'11. Do you think there's a chance she's taller than this listing because 2"is a large gap? Maybe miss universe organization didn't really measure the girls and just go with what they claim themselves?
Thank you.

Anonymous said on 18/Sep/17
Rob, any idea about the other actors from the show? Which ones are worth adding?
Maybe:
- Damián Alcázar: he looks quite short, he could be somewhere in 5'5-5'5.5 range but no more than that.
- Alberto Ammann: he could be somewhere in 6' range?
- Francisco Denis: he gets described as 5'7 on his imdb Resume and he can look around that range, I think.
- Matias Varela: he can look anywhere from 5'9 up to almost 5'10 at times. I think he looks taller than Taliana on the show, although she seemed to wear quite flat shoes at times.
- Matt Whelan: he's down at 194 on his (?) agency, Click Here . He can certainly look pretty tall next to the other actors but I'm not sure he really looks as tall as 194. Do you think it could be a shoe height?

Editor Rob: will look at them in the future.

It's a pleasure Sandy!

Taliana most definitely has a great figure and more importantly she is brimming with health, like you said. She certainly looks the picture of health and in the photo above she also looks happy, just look at her face! She looks a strong 5'9" but, like Rob, I think she is a few cm's short of the 178 cm mark and her proportions make her look at least 5'9", in fact she could even be as tall as 5'9.5" however I went for 5'9.25"!
Also I get the impression that Taliana may work out a bit with her looking as fit and trim as she does!
I hope everything has gone OK at those medical related appointments.

Cheers!
anyonmious said on 16/Sep/17
she is probably 5'7" without heels
Sandy Cowell said on 14/Sep/17
@ Nik - Hi! I'm just going through the 'Latest Comments' and I find a very pleasant greeting from you! Thank you very much! I've had a fairly rushed couple of days (medical-related appointments) and now I am chilling!
I don't half agree that Taliana has a terrific figure, but she is also brimming with health as well! Just look at that shiny hair and radiant skin! That is what I call 'effortless beauty' - and, boy, she's got it in droves!
I hope you are enjoying the week too Nik, mind you it's pushing Friday and another weekend is nearly upon us again!
Cheers for now! 😉

Too true Sandy, I think she may be slightly over 5'9" and I actually voted for a quarter of an inch more. She does have a lovely figure and she is a strong 5'9" like you and Rob say.

I hope you have a great week Sandy!
KH said on 13/Sep/17
Very few Colombian women would be measuring 1.78 cm bare foot and not many more would even be 175 cm.
Engineer said on 13/Sep/17
@Rob she has put on considerable weight, though her face remains beautiful
Sandy Cowell said on 13/Sep/17
What a figure! Her proportions are so perfect that she looks every one of her 5ft9 inches! In fact, I'd have believed up to 3/4 of an inch more!

I'll stick with 5ft9 though!

Editor Rob: she could look a solid 5ft 9, but I'm not convinced barefoot she'd be as tall as 178cm.