German Actor Curt is best remembered for roles in films such as The Enemy Below, The Spy Who Loved Me, The Longest Day, Die Ratten, And God Created Woman, Bitter Victory, The Blue Angel, The Assassination Bureau and Battle of Britain. He has been described as standing 192cm tall in his heyday. 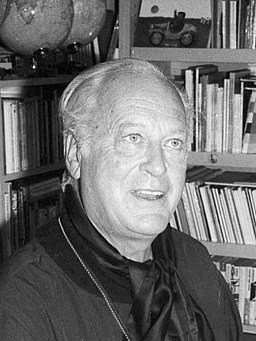 Paul said on 1/Jan/16
I would say 6'3, although no more than 6'1.5 by comparison with Roger Moore in 1977. I'm watching the film and they look more or less the same height.
Arch Stanton said on 6/Jul/15
Looks massive here, Click Here Over a head taller than 5'6.5 Brigitte Bardot in shoes!
Arch Stanton said on 6/Jul/15
This might seem a bit of a wildshot but he does actually look a lot like Ginger Rogers facially LOL!!
Arch Stanton said on 6/Jul/15
Rob can you add the following: The Longest Day, Die Ratten, And God Created Woman, Bitter Victory, The Blue Angel, and The Assassination Bureau and correct to "heyday".
Arch Stanton said on 6/Jul/15
I think you could argue anything in 6'3-6'3.5 range, he did loose height later on though.
Arch Stanton said on 6/Jul/15
Jurgens had nearer 3 inches on Mitchum Shadow when stood his best I thought.
Arch Stanton said on 6/Jul/15
I wasn't aware we had a page for him! If you really watch his earlier films he wasn't far off 6'4", he could look like a lumbering John Wayne from a distance. I think this is accurate for peak anyway, he had about 5.5-6 inches on Richard Burton and about an inch-1.5 shorter than Christopher Lee.
Shadow2 said on 12/Jun/15
In one of the final scenes of "The Enemy Below" Jurgens stands on the deck alongside 6' 1" Robert Mitchum and appears two inches taller, making the 6' 3" listing seem right. With shorter actors Jurgens does give a 6' 4" impression at times, perhaps because of his strong build.
Anon said on 1/Mar/15
In Vault of Horror, he looked taller than the others. 6'4 in his prime, possibly.
eutre said on 22/Feb/14
Met him in late 1970s. He was 6'4 maybe taller. Very fine actor and very cultured man.
JimMorrison said on 19/Oct/13
He probably lost a lot of height as he aged. In the 50s (when he was in his 30s and 40s) he did look close to 6ft4. In AND GOD CREATED WOMAN he looks quite large. In VAULT OF HORROR looked to be about the same height as Tom Baker who was a legit six three.
Rampage(-_-_-)Clover said on 4/Oct/13
Rob, could he have been 6ft3.5?

I seem to recall him having 2in on Moore.

[Editor Rob: not improbable, although Moore I think could look 6ft 1 by 50]

JimMorrison said on 16/Sep/13
Was a notorious alcoholic and probably shrunk at least two inches. In AND GOD CREATED WOMAN he looks clearly tall, but its difficult to say whether he looks six foot three or four. He has been described as tall as 6-4½ in old articles.

I dont think there is a shot in ENEMY BELOW where he is standing next to six foot one Robert Mitchum. That would be interesting to see. Had a very strong, charismatic presence.