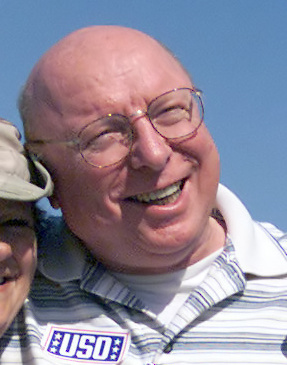 Average Guess (4 Votes)
5ft 9.38in (176.2cm)
Sam said on 14/Jun/17
Rob, could you add Twin Peaks to his credits? He even posthumously appeared as giant disembodied space head in recent episodes.

Editor Rob: not watched any of the new season of Twin Peaks, but I will add a photo to this page too.
Andrea said on 10/May/17
Yeah, he's listed everywhere at 5'8 but he can even look near 5'10 on TP, if the other guys are really as tall as listed!
Here he is with Joe Flanigan: Click Here

Editor Rob: would never have guessed Don as short as 5ft 8, even on Stargate.