American actress, best remembered for roles in films such as It's a Wonderful Life, The Big Heat, Oklahoma!, The Man Who Never Was, The Good Die Young, In a Lonely Place, Naked Alibi, The Bad & The Beautiful, Crossfire and Sudden Fear. In a 1946 Life article it mentioned she "stands 5 feet 6 inches and weighs 115 pounds, which she says is not enough" 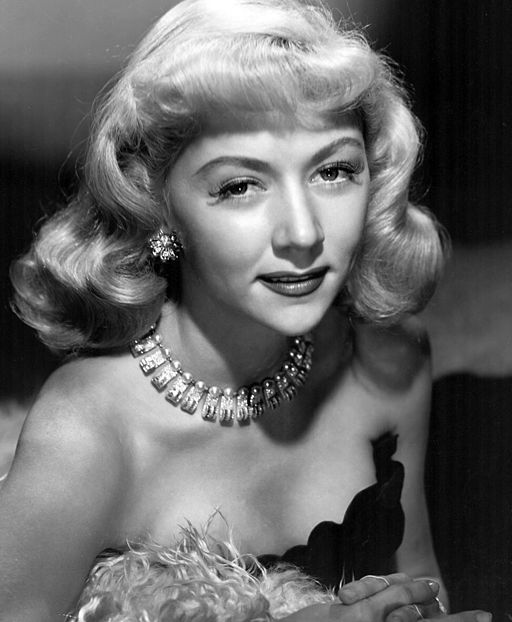 Average Guess (2 Votes)
5ft 6.5in (168.9cm)
Robert said on 7/Jul/16
Love her lips while speaking most of all .
Arch Stanton said on 9/May/15
She was rather good in Crossfire.
Sam said on 15/Dec/14
Yeah, reportedly he did sleep w/ Wood, Wood was also rumored to be hopping in bed w/ Dennis Hopper and Ray, Sal Mineo and James Dean were all rumored to be "experimenting" w/ each other.
Wood was about 16 and Ray was 43 when they dallianced (Mineo was only 15!), in 1950, when Grahame got together w/ Ray's son, she was 27 and he was 13 years old. It's all kind of inappropriate! Both Ray and Grahame were kind of beat-up by the end of their careers but Ray was starting to be lauded and Grahame was a pariah due to the scandal that ensued to her marrying Tony Ray.
Arch Stanton said on 12/Dec/14
Funny you should mention Ray, just finishing watching Bigger Than Life!
littlesue said on 11/Dec/14
Did'nt Ray have a relationship with an underage Natalie Wood?
Sam said on 10/Dec/14
If Grahame was 5'5.5", I think her husband Nicholas Ray was 5'11" range, maybe a tad under. She probably put up with hell being w/ Ray, as a tortured, troubled kind of guy, but she was kind of sick to start a relationship with Ray's young teen son, evn though I bet that kid couldn't believe his luck.
Click Here
Click Here

Gonzalo said on 21/Nov/14
Nice addition. He looked around 1`65. She appeared in a bunch of excellent films
Sam said on 20/Nov/14
Thanks for adding, she was in a lot of good stuff. Sexy lady in her day, could play a bit trampy but a woman of intelligence in something like In a Lonely Place. I could see her in the 5'5"-5'6" range. With Robert Ryan or Sterling Hayden she can look a 5'8"-5'9" woman in big heels
Arch Stanton said on 20/Nov/14
Another one off my list!
Celebrity Heights A-Z
A
B
C
D
E
F
G
H
I
J
K
L
M
N
O
P
Q
R
S
T
U
V
W
X
Y
Z
Random Celebrity
Latest Star Heights