American actor best remembered for roles in films such as Stagecoach, The Man Who Shot Liberty Vance, The Grapes of Wrath, Jesse James, The Ten Commandments, The Hurricane, House of Dracula, House of Frankenstein and Captains Courageous. 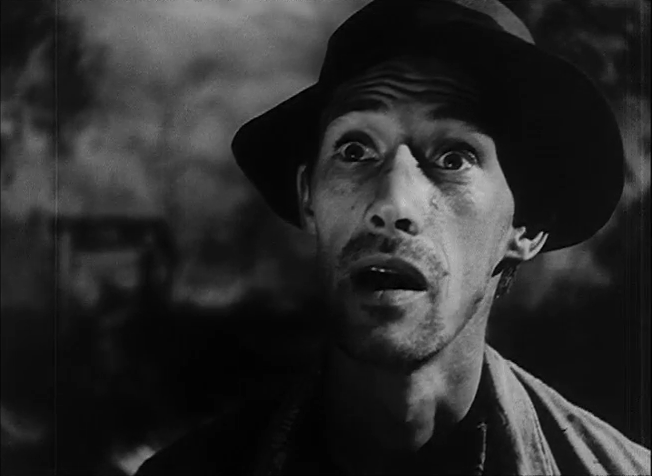 Average Guess (7 Votes)
5ft 11.89in (182.6cm)
Miss Sandy Cowell said on 26/Jul/20
For some reason or other, John looks as though he's just seen a ghost! Perhaps this is a scene from one of his films; I noticed that he starred in both a Dracula and a Frankenstein film. Say no more....🤯

Rampage(-_-_-)Clover said on 9/Sep/19
Looked more like David than Keith
James said on 8/Feb/17
Carradine was never any taller than 5'11".
Sam said on 14/Nov/14
Per the Warren Baxter page, Knowitall thought Carradine was 5'11" in his youth. However, I don't think under six feet fits Carradine next to Henry Fonda though in Grapes of Wrath, he really looks an inch or bit less different. I bet young Carradine and Benedict Cumberbatch would be very similar height and proportions standing next to each other.
Sam said on 13/Nov/14
Yeah, no way he was 178 cm peak. This is the photo I found, he does look 178 cm there but he lost a lost a good deal of height, I think even by the 1950s Carradine was starting to show a curved spine.
Click Here
Gonzalo said on 11/Nov/14
He was very thin so he gave the impression of being taller than what he really was. Frank2 aka Knowitall said he was shorter than 1`83. He even said Carradine was 1`78. I think anything under 1´80 for Carradine doesn´t make sense.
There are pics of him next to his son Keith who was at least 1`85 and he doesn´t look much shorter. And he looks old in those pics so he had probably lost some height by then
Sam said on 10/Nov/14
Yeah, thanks! Like I said on the request page, this is a guy due to his long neck and build suggests a taller guy, you could see he's shorter by around an inch than Henry Fonda & Bela Lugosi and a couple under Lon Chaney Jr.
Arch Stanton said on 10/Nov/14
I think Fonda was a bit taller in Grapes of Wrath MTBlack.
MrTBlack said on 8/Nov/14
Really? I thought he'd be 6'1" at his lowest!
Arch Stanton said on 8/Nov/14
Very nice addition.
Celebrity Heights A-Z
A
B
C
D
E
F
G
H
I
J
K
L
M
N
O
P
Q
R
S
T
U
V
W
X
Y
Z
Random Celebrity
Latest Star Heights