Australian programmer and journalist, known as editor-in-chief of WikiLeaks. On a dating profile he once listed his stature as "Height: 6' 2" (1.87m)" 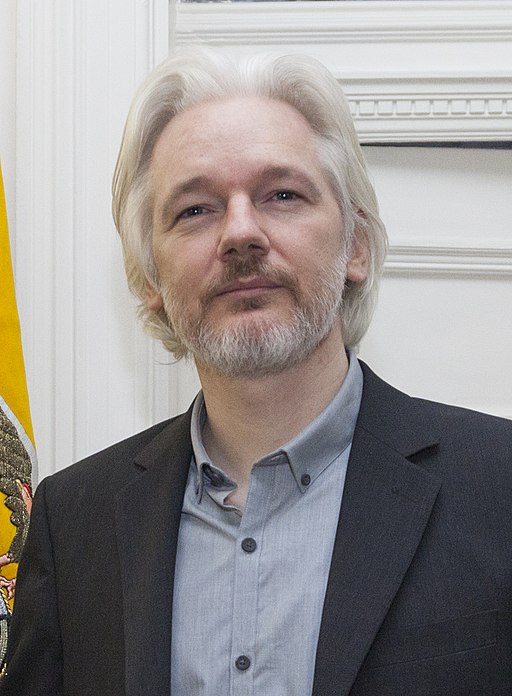 
He does generally look around this mark

Eric Tam said on 26/Jan/21
So happy this man isn't being extradited. Though I wonder when he's gonna eventually be free and what he will do. He has certainly done questionable things wouldn't say I'm that ardent of a supporter of him as I used to be, but he doesn't deserve extradition.

How much of a difference could there be between them? Around 6 to 7 inches?

J2Frenzy said on 4/Nov/20
@Nik I’m guessing we’re both guys who round down half-inches
Nik Ashton said on 3/Nov/20
It’s commendable that he didn’t pretend to be taller than he is, I wouldn’t do this and Rob would never have done this either!
Slim 6'1@ said on 3/Nov/20
Quarter inch downgrade necessary
J2Frenzy said on 2/Nov/20
It’s possible 187 was a bad conversion from imperial to metric
Eric W Tam said on 23/Oct/20
This is long overdue but Rob have you ever heard of "James O'Keefe", the founder of Project Veritas? I'd say he's deserves the recognition he deserves and deserves a page here. He claimed 6'1 and he sure as hell looks like it! I wouldn't be surprised if he's 187-88 even in the morning but dips to a strong 6'1 by noon.

Editor Rob
yeah, I'm aware of him, his height does get searched a bit more than I thought.
Slim 6'1" said on 7/Oct/20
I believe his 187cm claim
Vastlybetter said on 4/Jun/20
I don't think Zizek has lost 10 cm at the age of 70.
Eric W. Tam said on 5/Mar/20
Keep in mind Zizek is old now, he could potentially be as tall as Assange if not even a bit taller in his youth. Dude was most likely a solid 6'0, maybe just shy of it, in his youth, so not much shorter than Assange, if he is actually the full 5'10 range now. As for Assange, damn what can I say, honest, just like his line of work.
Dionisio Rojas said on 7/Aug/19
I thought Slavoj Zizek was 1.90, he looks like a massive person. But if he is 1.78 then he's not a small guy either.
sergio cede?o said on 17/Apr/19
worked in the embassy of Ecuador for some years I am 6,3 and I ran into assange a few times and it seemed maximum 187 cm I think it needs a rebate
SnerhagAip777 said on 15/Apr/19
Rob, how tall could Slavoj Zizek be? (0:33)
Click Here

None of the two have a straight posture, but Slavoj looks noticeably shorter than Assange.