English singer-songwriter, best remembered for being lead of the band T-Rex. 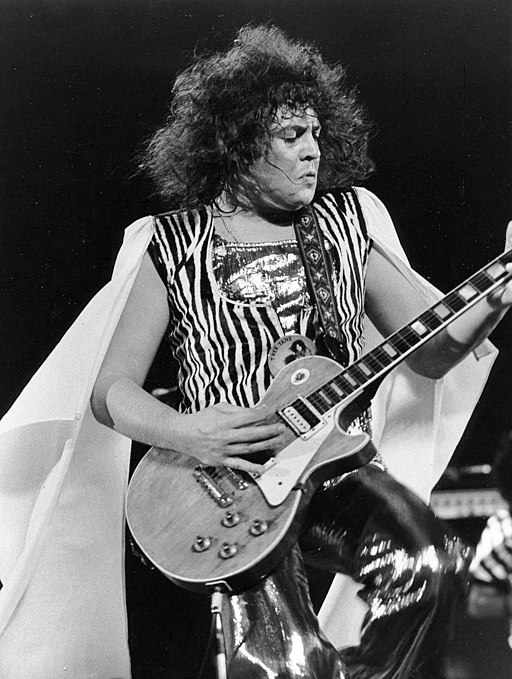 5ft5.25. I have upped him a little to fit in with the average vote.

KIM STAINES said on 17/Nov/19
I have been a Marc Bolan fan from so far back, as I remember. The one thing, about Marc, that i never heard or read about, was his height. I remember my dear mum telling me that Marc was 5 foot 6 inches in height. Marc was perfect. Too good for this world. 💖💖💖💖💖💖💖
Nik Ashton said on 16/Nov/19
This very talented gentleman so deserves a page on celebheights, his page is a wonderful tribute to him. He was so cool and so was his height.
Miss Sandy Cowell said on 16/Nov/19
Do my eyes deceive me? Marc BOLAN!

He had just started his own TV series when I heard he'd been killed in a car crash on the 16th September 1977, 3 days before I started college, 2 weeks short of his 30th Birthday. He was a beautiful man and started the group Tyrannosaurus Rex, which later became T-Rex. Their hit song 'I Love to Boogie' was in the charts at the time - I think!

T-Rex also had hits called 'Jeepster', 'Hot Love', 'Ride A White Swan', '20th Century Boy', 'Children of the Revolution', 'Debora' and many more. They were the first band whose hits I made sure I got hold of - each and every one of them! Those days (early 70s), I was a bit too little to go out, so my Dad would buy them for me on big discs containing all the latest chart hits. Marc Bolan, born Mark Feld, was Glam Rock personified. The percussionist with the group was Mickey Finn, who died in 2003. They were often pictured together, Mickey being that much taller.

I give this late genius, (as described by producer Tony Visconti) 5ft5.

Editor Rob
In the 80's he was described 5ft 5 range, but I never saw if he gave a claim himself.