Italian actress best known for roles in films Il Postino, A Brooklyn State of Mind and The World is Not Enough. 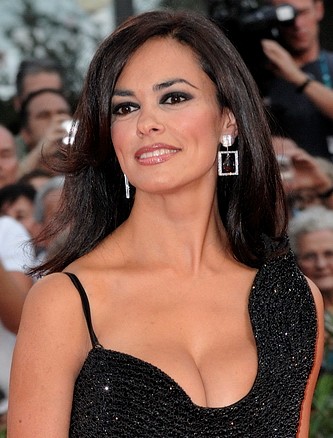 Editor Rob: yes, she could be at most 175cm with the other girl, at least 1/3rd more sneaker.

Andrea said on 1/May/16
Naa, she's not close to 5'10! Look at her IN BIG HEELS with this guy, who claims (and genuinely looks) 189: Click Here
I think around 5'9 is a good listing but i doubt she's over this mark!
Arch Stanton said on 1/May/16
I didn't realize Rob had her either. The Cigar Girl. My she's hot.
Andrea said on 30/Apr/16
I didn't know you had her on here, Rob!
She's typically listed at 177 on italian sites but i don't know if she claims that height! Somewhere around 5'9 is believable, she generally looks quite tall...

Editor Rob: I'm not sure she really looked near 5ft 10...more towards I have thought.