Canadian-born Australian actress best known for playing Joan Ferguson in TV series Wentworth. In an article she once said: "All my family are tall [Rabe is 1.8 metres]. My mother has offered this to all of us. The others had the good taste not to accept it. I wear it inside out." 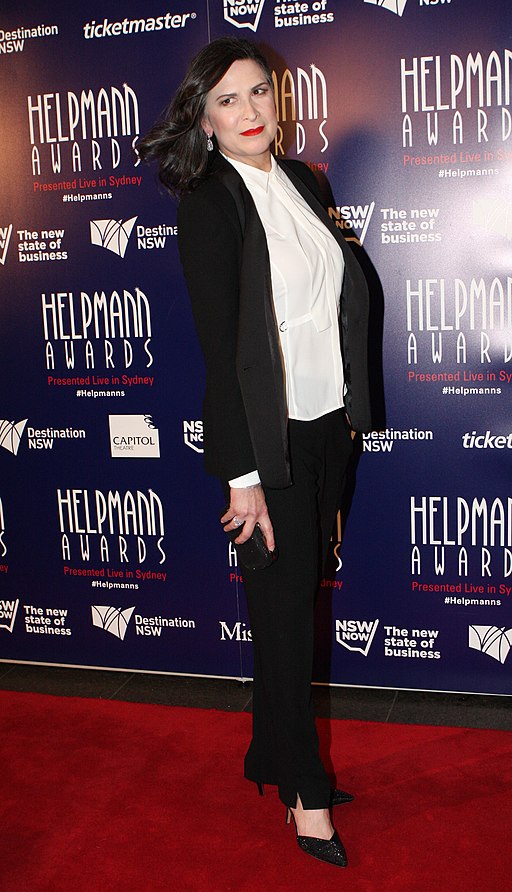 Average Guess (17 Votes)
5ft 11.16in (180.8cm)
Andrea said on 24/Oct/20
Rob, are you familiar with Kate Box? She claims 6' here: Click Here
She certainly looks quite tall on the show, my first impression was maybe somewhere in 5'11 range, but she can actually look a bit taller than Pamela in a scene... Is she really a big 6' though?
Here's a brief clip with Robert Sheehan: Click Here

Editor Rob
with Robert it is tricky ground, but if she edged out Pamela, then near 6ft might not be too hard to imagine.

Andrea said on 8/Sep/20
She does have her height down as 181cm in an episode, actually!
I know that some of those listings I've seen have been a bit unbelievable, but it wouldn't surprise me if that's what she claims and more importantly measures.
Nik Ashton said on 20/Apr/20
It’s great that I have seen her husband Roger Hodgman listed as 5’8” on an online site! 😃👌
Nik Ashton said on 2/Nov/19
I’m glad she wears it inside out!
Roxan said on 10/Jan/19
She is 6 feet of beautiful, powerful, Goddess!! Can't wait to see her in more film in the future!
Ger said on 23/Jul/18
I have met Pamela Rabe. Easy 6ft in flat shoes. I am 6'3 and she was almost eye level with me. I have a pic but unsire how to post
Nik said on 8/Jun/18
Without the lean I am sure that Pamela Rabe would be 5'11"!
6ftMedium said on 4/Jun/18
Looks between 5'10-5'11
So 5'10.5"
Mistical said on 15/Dec/17
Yes this woman is very tall.I should say she is 1.82m in the morning.
Sandy Cowell said on 9/Jul/17
Last Nov 20th, I did a write-up on Nicole da Silva and described her as coming over as a miniature powerhouse on 'Wentworth Prison', in so many words, looking much more compact than her slim, muscular 5ft6.
Tonight, I nodded off in the familiar film 'Mr and Mrs Smith', waking up to an episode of 'Wentworth Prison', spotting the ultimately tall and overpoweringly scary actress Pamela Rabe, who plays Ferguson, and looks a good 180cm of fearsome, domineering nastiness! I bet she gives me nightmares tonight, and if so, here's a token of my appreciation: 😝😝😝!
She gets 5ft11, minimum. In fact, I will settle for 5ft11.5.

In heels on Wentworth she is not far off 6'5 Aaron Jeffrey.

She absolutely looks the height sbe is.

Editor Rob: yes, here is a Picture of it
Andrea said on 24/Jul/16
Rob, is 180 her actual claim? She does look very imposing in Wentworth and in small heels (no more than 2 inches) basically towers all the other girls!!! She's probably the only actress from the show who doesn't need any downgrade xD
Easily 5'11, she can look 8 inches taller than Danielle and a full head taller than Kate Atkinson!
She also holds her own next to Aaaron and makes him look no more than 6'4!

Editor Rob: it was in an early article I believe, from 20+ years ago, the exact line I wrote down.