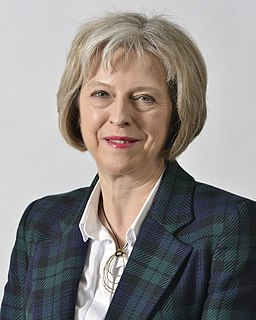 Editor Rob
I haven't looked much at her, but she is likely to have lost a couple of cm and would be tallish for her country.

Oliver said on 30/Mar/19
Click Here
Rob,how tall would you guess Madam Aung San Suu Kyi(Burmese Politician) to be?(Their footwears were quite similar there).There's no specific information about her height. Note that she is a 73 yr old lady so she could have lost a significant amount.
Thank you.

Peter Jones said on 27/Mar/19
I make her 5ft4ins. I've studied a lot of her photos with other politicians, and she looks slightly more than 8ins shorter than David Cameron - and basing that on him being 6ft1ins. Her with Boris Johnson supports this. BoJo's definitely 6ins shorter than Cameron, as he's usually shown at only up to eye-level to him.

Theresa May does look taller because she's slim with slender legs. Nicola "Wee Burnie" Sturgeon is 4ft10" or a fraction shorter - not particularly short, mind.

Editor Rob
There's limits to trolling 🤫 🤭 5ft 6 might even have been pushing it to the extreme, let alone 5ft 4!

Tunman said on 22/Mar/19
Sure,Rob,I guess people that voted for either side had serious reasons to do so.One can only hope that politicians will find a compromise that will satisfy the highest number of citizens no matter their convictions.
Ultimately I think one shouldn't dramatize the whole situation,I mean it's not like UK is going to become the enemy of EU members even though some tensions will probably rise now and then.
Maybe the british got fed up with some EU decisions and wanted more sovereignty or simply didn't want to share their wealth with poorer countries which is understandable.I guess poorer countries like Romania or Bulgaria would have more to lose had they organized such referendum.
In the end the biggest problem of the EU must be the lack of a real and interesting european program.As Gaddafi once said about the Arab League:"nothing reunites us,arabs...except this room(parliament)".
As for May's height I feel 0.5"loss at her age is reasonable so maybe you would give her a peak height?

Editor Rob
I think giving her a fraction over 5ft 8 is probably reasonable.

Tunman said on 21/Mar/19
And to think that your country is among the top democracies.Imagine if you had our politicians.A bunch of corrupted incapables to say the least.UK citizens wouldn't survive more than five minutes with our policies.A freaking mess that is!
The thing is that the subject has divided your whole country in an unprecedented scale.As in all elections worldwide it's sad to see that a short majority like 52% has to decide for the whole country.The 48% remaining which is a sizeable minority(and the EU) are certainly trying to slow the whole process since it's not their interest to see UK leave.It simply shows the limits of democracy.I mean I'm neither for Brexit side or pro EU but what if the results were the opposite?That's actually the case in Scotland where 5 out of 8 people wanted to stay,same for NI with 55% or so.No wonder the task your PM was given is among the most hateful.I guess it's among the most delicate questions a british PM had to handle so far.The worse is that now there is a real risk that some will scream for injustice should UK doesn't leave next week.

Editor Rob
From a personal perspective, the EU in the last year actually cost me with their requirements for EU Data protection.

As for Theresa, I admire the fact she hasn't walked away, I doubt many leaders would have lasted as long as she has.

Still, regarding height: today she can still seem near 5ft 8, so it's not impossible 5ft 8.5 peak for her.

Oliver S said on 10/Jan/19
Sometimes Emanuel taller sometimes Theresa taller when Theresa don't wear her 5 or 6 cm heeled shoes. Both are 173cm(5ft8).
Zineddine said on 25/Nov/18
rob , are infavor or Brexit or not ?

If I voted for it (I may or may not), I wouldn't be happy with how it is playing out. I don't think either side would!

Why does she have a page and Angela Merkel doesn't?

Editor Rob
Sitting in the basket with Berlusconi and other people just never given a page.


I think by now he's become notorious enough to be granted a page here. I'd start him at a conservative 6ft2¼ although I'm positive most think he's at least 6ft3

Editor Rob
6ft 3 seems too high for him, my thought is around 6ft 2 though I could see how 6ft 2 and change is arguable for him.

Turkish user said on 26/Jun/18
173 cm is not look laughable for her in her photos
Nik said on 11/Jun/18
@ Sandy Cowell - Absolutely! And my comment on this page headed the "Comments Page" too on the 1st May, May Day!

Fancy noticing that you commented on Theresa MAY on MAY DAY! Very funny!

It was great to be top of the "Latest Comments Page" on the 1st May, and to comment on Theresa May on May Day too!

Blow me down with a feather duster!

It was great to be top of the "Latest Comments Page" on the 1st May, and to comment on Theresa May on May Day too!

@ Gladstone Screwer - Was she really married to Woody Allen? Well blow me down!
Nik said on 1/May/18
She is possibly 5'7.5", no more!
Marion said on 30/Apr/18
Theresa May , elegant lady, wonderful height.
Very slender,
Hard working woman. ( I am not a Tory )

FRED said on 4/Jan/18
Teresa walks like she has bad knees or bad feet.
She's definitely no smaller than 5ft8 and always looks taller and is probably 5ft10 or 5ft11 in various heels.
Wellydancer said on 1/Oct/17
She looks about 6'4''!
Her arms are so long and trousers too short!
You'd think that she could afford have a few outfits made that actually fit her limbs.
If David Cameron could gift vast sums of money to his wife Samantha's hairdresser and stylist surely Theresa could buy herself a suit or two.
Lorraine ormrod said on 1/Sep/17
I wish teresa may wouldnt stoop. Its not a good look.
HonestSlovene said on 8/Aug/17
Looks around 5'7.5" and her husband 5'8.5". Well she said he has barely made the height cut off for her do date him but I generally agree that height isn't the most important factor however being tall definitely does help at least a bit in terms of dating.
Phil said on 24/Jun/17
@ Nik
yes, her husband looks an inch taller than her. many tall women don't discriminate against 5 foot 8 men.
5 foot 8 big rob's wife or girlfriend jenny is also pretty tall.

Sandy Cowell said on 2/Feb/17
Well, she's quite a big girl, isn't she?
I know someone with the hots for her! He was pleasantly surprised! 💘😙
Phil said on 17/Jan/17
She reminds me of a bird. She is a weak 5 foot 8 woman. 5 foot 7.75 is possible.
littlesue said on 22/Oct/16
A lot of taller older women tend to stoop. Her height very tall back in the early 70's when she would have been a young woman so maybe a bit height conscious.
Rory said on 20/Oct/16
She has awful posture though, she always seems to stoop.
Phil said on 15/Oct/16
Theresa May looks like a tall lady. 5 foot 8
TD said on 5/Sep/16
I guessed about 5ft 7.5 So this seems a fair listing.
heelshealheight said on 29/Jul/16
Thanks for the info, Rob. Agree with you. At Bute House (Edinburgh), May towers (almost a head) over Sturgeon. May is wearing 'kitten' heels (even less) and Sturgeon is wearing those insanely high heels she usually wears; May continues to be far taller than Sturgeon, nonetheless. Sturgeon must be no more than 4ft8 (5ft max and generously estimated) barefoot. That said, Salmond is no way more than 5ft6.
littlesue said on 17/Jul/16
I just read in a woman's magazine that she was 5ft 10 but seeing her next to Nicola Sturgeon I would have said more around the 5ft 8 mark
Flyin said on 15/Jul/16
Met her in 97, she was an inch taller heels before I grew the 1.75, I would say 5'8 definitely.
SharpshooterTom said on 15/Jul/16
Rob, she turns 60 later this year, reckon she had a taller peak height, topping 5'8?