American actress best remembered for roles in films such as White Heat, The Princess and the Pirate and The Best Years of our Lives. On her official website she is described as 5ft 5 with vital statistics 34-24-34. In an Alan Ladd biography, she is quoted with saying: "Every one says how short Alan was, but he was not so short. I worked with James Cagney and Edward G Robinson who were both shorter than me. I'm 5'5.5, Alan was about an inch taller" 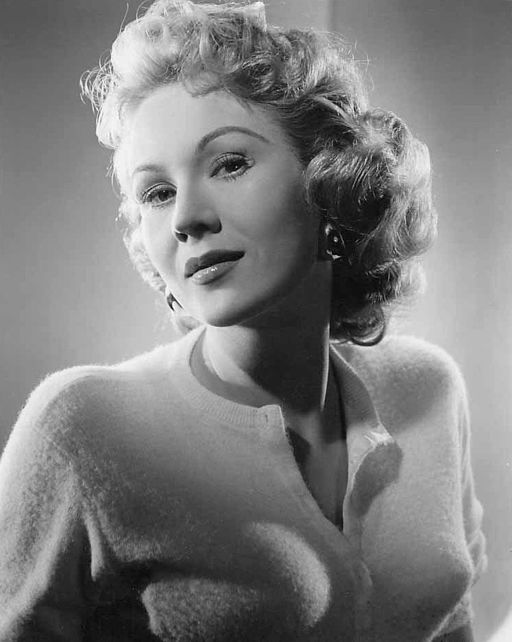 Arch Stanton said on 1/Sep/14
Appeared as an exotic dancer in Doris Day's Starlift. She really had an incredible figure.
Parker said on 6/May/14
Claims 5'5.5 in Alan Ladd biography.

Quote 'Every one says how short Alan was, but he was not so short. I worked with James Cagney and Edward G Robinson who were both shorter than me. I'm 5'5.5, Alan was about an inch taller'

Arch Stanton said on 5/May/14
LOL I'm amazed Rob has a listing for her. White Heat is indeed a terrific gangster movie. I was going to ask the other day but I didn't think she stood a chance having a listing! Looked about the same height as Cagney in it I thought
Gonzalo said on 5/May/14
Howard Hawks, when he was asked about Virginia Mayo replied "pathetic". I like her. She appeared in a bunch of excellent movies. The flame and the arrow should be mentioned. White heat is a great movie. Colorado territory is excellent too
Regarding to height, she looked in the 1´65 area
Celebrity Heights A-Z
A
B
C
D
E
F
G
H
I
J
K
L
M
N
O
P
Q
R
S
T
U
V
W
X
Y
Z
Random Celebrity
Latest Star Heights