American actress, best remembered for her roles in films Forbidden Planet, Bad Day at Black Rock and TV series Honey West. A 1966 newspaper article described her having a "5-foot-8-inch frame, strikingly covered by some 120 pounds." 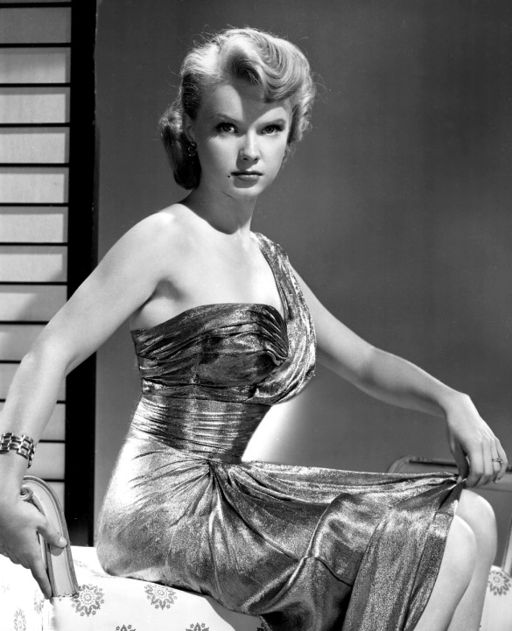 I'm tall--5 ft. 7 inches without heels. It used to disturb me to be so much taller than other girls my age. I stood straight self-consciously and unhappily.

Average Guess (1 Votes)
5ft 8in (172.7cm)
Ian C. said on 11/Mar/18
I've just watched an episode of The Untouchables with Anne Franci, and she seemed to be only an inch shorter than Robert Stack, who is listed on Celebrity Heights at six feet. I would assume Francis was wearing high heels, but they would have had to have been four inch heels. (That's assuming Stack was wearing shoes with one inch heels.) What I'm implying here is that Robert Stack was not six feet tall.
Celebrity Heights A-Z
A
B
C
D
E
F
G
H
I
J
K
L
M
N
O
P
Q
R
S
T
U
V
W
X
Y
Z
Random Celebrity
Latest Star Heights