English actor best remembered for his portrayal of Dr Frankenstein in the 1930's films Frankenstein and Bride of Frankenstein. He also appeared in Journey's End, Christopher Strong and Mad Love. 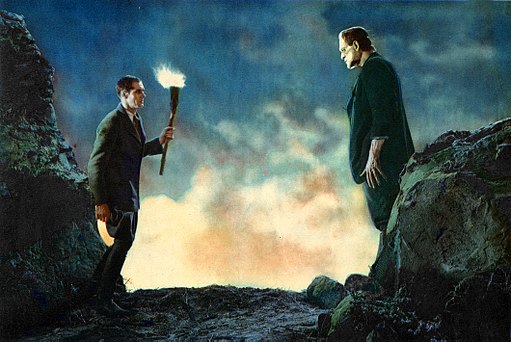 Average Guess (2 Votes)
5ft 11.25in (181cm)
Ian C said on 10/Jun/18
A great picture of Clive and Karloff above. Clive and Karloff were about the same height, but the picture makes it look as if Karloff was eight inches taller. The actors are standing at different points on a steep incline, and Karloff gets the high spot. Cheap and effective. I'll bet that everywhere Karloff went after Frankenstein, he had to endure people telling him that he was disappointingly short.
Ian C. said on 7/Nov/17
Almost as tall as the Frankenstein monster. They should have hired a shorter over-actor, to make Karloff's monster seem bigger. Claude Rains would have been a good choice.
Bul said on 10/Apr/16
One of the best actors ever.Too bad he died so young. Geez his body was left unclaimed for forty yrs.What a sad affair.
Sam said on 21/Oct/15
Could you add Journey's End, Christopher Strong and Mad Love to his credits? This does look accurate IMO.
Celebrity Heights A-Z
A
B
C
D
E
F
G
H
I
J
K
L
M
N
O
P
Q
R
S
T
U
V
W
X
Y
Z
Random Celebrity
Latest Star Heights