Austrian actress from Samson and Delilah, The Strange Woman and A Lady without a Passport. Her official weight was 118 pounds. In a 1966 interview in Hollywood magazine she said: "I'm 5 foot 7 but only weigh 109 pounds", although was quoted in a 1960 LA Times, regarding a divorce trial: "[Howard Lee] is well over 6 ft. tall, I'm 5 ft, 4 in. He could throw me from one room to the other - and he did". 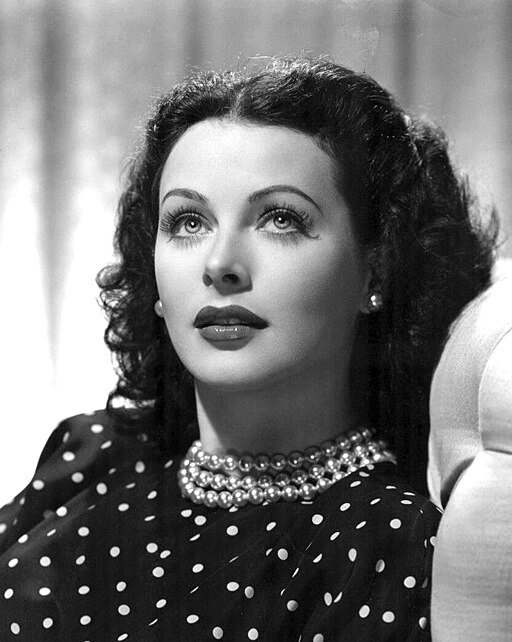 Average Guess (11 Votes)
5ft 6.91in (169.9cm)
Miss Sandy Cowell said on 27/Nov/20
When I saw 'Samson and Delilah' as a kid, I couldn't understand why Samson preferred the 'golden-haired' Semadar, played by Angela Lansbury. I thought Hedy Lamarr was far more bewitching! I had no idea she was a tall 5ft7 until I came here....

Miss Sandy Cowell said on 9/Nov/19
Hedy was born 105 years ago today. I think Paul Wood has a point about it being considered unfeminine to be tall in her day and age as a woman.

Paul Wood said on 24/Oct/19
Hedy came from era when it was considered by many to be 'unfeminine' to be 'too tall'. I think this might be why she downplayed her real height.
richinkle said on 24/Sep/19
This is preposterous. Hedy Lamarr was a very tall woman for her generation - at least 5'-7". Her statement at the divorce trial is phony.
Sandy Cowell said on 23/Oct/18
@ Arch Stanton - Check out Evana's comment from May 2011! This person actually met Hedy - and said she was ladylike and beautiful but cold and aloof. I didn't know the actress was Austrian until I came to Celebheights. My maternal grandfather was an Austrian diamond merchant, but he died when my Mum was 4. She remembered the day all her life. He was obsessive about his feet, good manners, beauty and having an impeccable home - manned by servants. He married a woman half his age too!

I only take cold showers in the boiling heat of the Summer. I wonder if they really do give the metabolism a boost, (it makes sense!), but I think a walk is preferable for that...

Nice to chat with you Arch!

Tall Sam said on 22/Oct/18
She was a tallish natural beauty for sure though I wonder if she really did weigh only 109 pounds at that height, she didn't seem exceptionally thin which she would be if she weighed that at 5'7" I think.
Arch Stanton said on 19/Oct/18
Haha Sandy!! Funny thing, I'm actually a big advocate of cold showers like Katharine Hepburn! :-) I don't usually think of Hedy like that, as she was usually prim, proper and conservative in demenour!
Sandy Cowell said on 17/Oct/18
@ Arch Stanton - Time for a nice, cool shower!!! 😙🚿

One of the most beautiful, sultriest brunettes ever gets 5ft7. I must add that it did at first come as a surprise; very much on the tall side for those days.

Arch Stanton said on 15/Oct/18
Was she really 5 ft 7, only half an inch shorter than Maureen O'Hara? Watching the Strange Woman (typo error Rob on your film title) and I wouldn't have thought this tall with George Sanders in heels but then I was too busy thinking very naughty thoughts haha! At her most beautiful and sexy in that film IMO.
GrTr said on 25/Jul/17
Smart lady too
She held one of the earliest patents in spread-spectrum communications
Arch Stanton said on 20/Jun/17
Absolutely gorgeous but yeah, cold and aloof, whereas you could imagine Ava in a nightclub getting drunk and having a night of wild sex you'd think of Hedy as more likely to play chess or huddle up on the sofa knitting. Funny, but she had a similar demeanor to Judith Keppel.
Richinkle said on 12/Jun/17
5'-7" for Lamarr isabout right. In a Bob Hope special from 1966 she had a 2+" heel advantage over 5'-7" Lucille Ball and stood about 2" taller.
Sandy Cowell said on 25/Oct/16
I remember my Mum allowing us kids to watch 'Samson and Delilah' when I was still very young, about eight. I thought Hedy Lamarr was incredibly beautiful even at an age when I normally wouldn't have taken that sort of thing in!
I never knew she was as tall as 5ft7 though. That really was exceptionally tall for those days!

Gonzalo said on 17/Dec/14
With Ava Gardner probably the most beautiful woman to ever appeared on the screen. She looked at least 1`68
Vintageous said on 23/Nov/13
Airman grandfather met her at the Hollywood Canteen. He was very precise judge of height and said she was taller than most at between 5'6 to 5'7. And very beautiful and polite.
Kastellos said on 26/Sep/13
Whether she was 5'-3" or 5'-10" doesn't deter from the fact that she was the most beautiful women ever on the silver screen.
Evana said on 26/May/11
She was petite but tall most glamour girls that I met back then (I'm 81) were 5'8 ish. Hedy was beautiful and ladylike. And very cold, very Austrian. I'd say she was 5'7 1/2 or taller.
Brad said on 13/Mar/07
Madonna steals every doo & look of her.
Kyle said on 26/Feb/07
I have done extensive research on Hedy Lamarr and a few months ago I contacted
Hedy Lamarr's official website (Click Here) to inform them of their
incorrect information about her height. They agreed to change her (then)
listed height of 5'3" to her actual height of 5'7". So, what you have listed
is correct (if their was any confusion).