American actor, best remembered for roles in films such as Support Your Local Sheriff, Once Upon a Time in the West, Kiss Me Deadly, The Cannonball Run, Hannie Caulder and Rio Lobo. In the book - Bad at the Bijou - Jack is quoted saying "I didn't weigh 140 pounds when I first started. I was at the same height as I am now, six feet, one and a half inches." 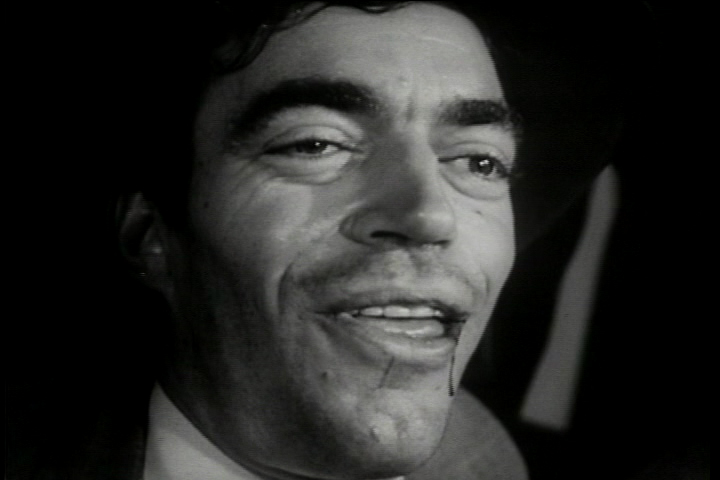 Average Guess (6 Votes)
5ft 10.83in (179.9cm)
Ian C. said on 3/Sep/20
Elam was constantly employed because he had one of those faces that you can't forget, and because he was a natural at playing certain kinds of characters. He was like Slim Pickens or Claude Akins. Charles Bronson and Lee Marvin were also both terrific supporting actors in the early years of their careers often, like Elam, as villains. Elam could also be funny. I don't think he ever played a doctor or a lawyer, or in fact anyone with an IQ higher than 90. He never kissed a girl in a movie either.

Handsome guys, like Paul Newman or Roger Moore, actually have a major handicap when seeking employment in the movies. They are either leading men or can't be cast at all, which severely limits their opportunities.

Ian C. said on 20/Sep/18
Elam appeared in a episode of Bronco with Ty Hardin, when both were young, and was within an inch of Hardin in height. I am all but certain that Hardin was six foot one and change.
seeker said on 25/Oct/15
Jack was 5' 11" in shoes.
Arch Stanton said on 6/Jan/15
In City Heat definitely, in fact there's a photo of them and you can see Burt's lifts some place. Burt could pull off looking 6'1" in films like that!
Sam said on 15/Dec/14
I think Burt Reynolds also was wearing some lifts in City Heat with Clint Eastwood. I rank Reynolds alongside William Shatner as one of the more hammy, self-aggrandizing and somewhat cheesy leading men but both usually manage to be entertaining at least.
Arch Stanton said on 23/Nov/14
Rob he was shorter than Burt Reynolds by about an inch in Cannonball Run. Was Burt wearing his "I'm 6'1" lifts or had Elam shrunk by then?

[Editor Rob: Burt was wearing big footwear in that film...at least though burt was one of few honest enough to say some actors would BS about height and that he was just 5ft 11.]
Arch Stanton said on 18/Nov/14
Rob can you add Kiss Me Deadly. A master noir film he was in worth mentioning.
Rampage(-_-_-)Clover said on 28/Oct/14
Solid 6ft, maybe even a fraction over. 6ft1½ is definitely in footwear.
Sam said on 27/Oct/14
Confronting James Stewart, can seem almost 6'1" here.
Click Here
Sam said on 27/Oct/14
Thanks for adding him! This does look right, 6'1.5" is probably booted.
With 6'2" listed James Garner:
Click Here
A few fighting with 6'1" listed Ralph Meeker:
Click Here
Near 6'3" listed Gary Cooper;
Click Here