American actress best remembered for roles in films such as The Lost Weekend, Stagefright, All That Heavens Allows, Johnny Belinda, Magnificent Obsession, The Blue Veil, Polyanna and 1980's tv show Falcon Crest. In 1937 she was described as 5ft 5 and 116 pounds. 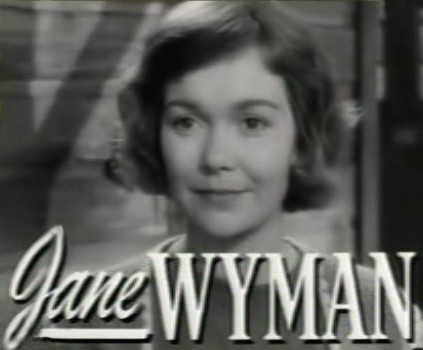 Average Guess (2 Votes)
5ft 5.13in (165.4cm)
Watson said on 7/Apr/15
She was awesome in Falcon Crest.(Angela Chaning) I loved when she woud make veiled theats such as to the Sheffiff. He wouldn't let in the crime scene. You don know that I am still a vocal force around here and that you have an election coming up (she says) the sheffiff responding back I don't take Idle theats Ma'am. and she smiled back so sweetly saying Well I don't make them. She was not very tall but had a huge impact. she had a greatness to her
Arch Stanton said on 4/Jun/14
She could look a bit taller next to Rock Hudson in All That Heavens Allows and Magnificent Obsession but heels and camera angle can affect that.
Arch Stanton said on 4/Jun/14
Rob can you add All That Heavens Allows, Johnny Belinda, Magnificent Obsession and The Blue Veil? Looks this in Johnny Belinda.
Arch Stanton said on 17/May/14
Seems about right in Stage Fright. looks like she could be Claudette Colbert's sister!!
Shadow2 said on 11/Dec/10
Miss Wyman is another example of the sheer "class" often missing from today's performers. In her career she was often paired with very tall leading men, such as Rock Hudson and Howard Keel, both nearly a foot taller than her. Hudson, in his death bed biography, credits Miss Wyman's kindness in helping him get through his first big starring role (1954's "Magnificent Obsession").
Celebrity Heights A-Z
A
B
C
D
E
F
G
H
I
J
K
L
M
N
O
P
Q
R
S
T
U
V
W
X
Y
Z
Random Celebrity
Latest Star Heights