American actress, best remembered for roles in films such as Anatomy of a Murder, Days of Wine and Roses, The Omen, The Medusa Touch, The Running Man, The Europeans and The Detective. 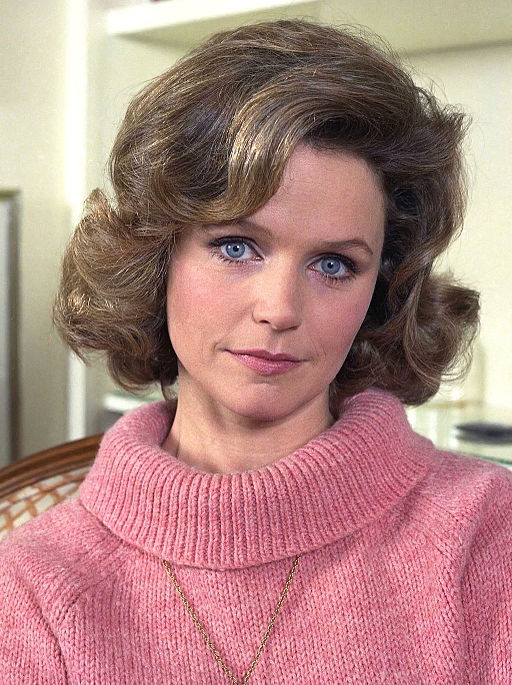 Average Guess (4 Votes)
5ft 6.81in (169.7cm)
Miss Sandy Cowell said on 5/May/20
Lee Remick, just as she did in The Omen, looks ridiculously pretty and elegant in The Medusa Touch!

She plays Richard Burton's doctor/therapist, and she looks really tall, especially when compared with Lino Ventura. I haven't made any decent observations as to her heel height as yet, but I have most definitely decided that she's not getting any lower than 5ft7, judging from what I've seen tonight.

Starring opposite Gregory Peck in The Omen, her tallness wasn't so evident, but it most certainly is in the Medusa Touch.

wishbone said on 1/Jan/20
If The Miracle Worker wouldn't have been released in 1962 5'7" Remick wins the Best Actress Oscar easily for her performance as an alcoholic in The Days Of Wine And Roses. But do not take anything away from 5'7" Anne Bancroft's Oscar winning Miracle Worker performance nor 5' Patty Duke's Oscar winning Miracle Worker performance either! And Lee was superb in An Experiment In Terror when Glenn Ford rescued her and 5'7" Stefanie Powers from asthmatic bank robber Ross Martin! And in The Anatomy Of A Murder she went into a fancy restaurant in a dress yet came out of it in pants! (5'3" Bonnie Franklin did the same thing in Your Place Or Mine?) Lee shared with Patty and 5' sweetheart friend Annette Kimmett Dec.14 birthdays but she sadly died too young at just 54 from chest and kidney cancer.
Miss Sandy Cowell said on 7/Oct/19
I have just found out that Lee died of liver cancer at just 55. Maybe she didn't lose any height after all, and I'm glad I gave her the full 5ft7.
Miss Sandy Cowell said on 7/Oct/19
I saw how tall she was when I watched 'The Omen' yesterday. Next to her Omen husband, the 6ft2.5 Gregory Peck, and no doubt in heels, Lee looks an 'acceptable' 5" or so difference next to her other half, but when Billie Whitelaw's Mrs Baylock introduces herself, you can't help but notice that they are both looking right down to the 5ft2 nanny!

Nik said on 6/Oct/19
R.I.P Lee Remick.
Sandy Cowell said on 14/Oct/16
I know that Lee Remick was 5ft7 in her heyday. If she hasn't lost any height over the years then she is exceptionally and unusually lucky! Come on, she must have done!
Sam said on 12/Nov/14
I could see a resemblance with Harper but I don't think I've ever confused them in a movie.
Arch Stanton said on 14/Oct/14
I see Tess Harper is missing, any chance of adding her? American actress best known for roles in films such as Tender Mercies, Crimes of the Heart, No Country for Old Men, Amityville 3-D, Flashpoint, Ishtar and Far North.
Arch Stanton said on 14/Oct/14
Click Here See what I mean!!!
Arch Stanton said on 14/Oct/14
@Rob/Sam Have either of you ever mistaken Tess Harper for Lee? In Tender Mercies were instance Harper looks almost identical to Lee in that period and even looking hard at her I would never know that it wasn't Lee!! Even now she looks as you'd imagine Remick to look had she been fortunate to live on.

[Editor Rob:yes they can look similar ]
wilfred said on 3/Jun/14
Wow, I'm quite shocked. I always thought she was shorter as she always gave me the impression of being this petite, almost delicate lady who was the perfect personification of grace and goodness.
Arch Stanton said on 30/May/14
Yeah she was "pretty" to look at rather than sexy I thought.
Sam said on 28/May/14
She was quite hot, enough so to lead to murder in Anatomy. I would've guessed her somewhere between 5'6"-5'7", although she also looks close to the latter next to Gregory Peck in The Omen.
Arch Stanton said on 22/May/14
Yeah she looks between 2 and 3 inches shorter than Monty Clift in Wild River.
Arch Stanton said on 22/May/14
Difficult to tell really as most camera angles with Sinatra aren't great for judging height. She could look a bit taller in heels and in other scenes look a similar height.
Arch Stanton said on 22/May/14
Why Gonzalo? She wasn't much shorter barefoot than Jack Lemmon in Days of Wine, was eye to eye I think in heels with Richard Burton in Medusa and held her own in cowboy type boots next to Jimmy Stewart in Anatomy. If she wasn't 5 ft 7 she was very close. I think she looked it. I've been meaning to see how she fared next to Sinatra in The Detective which I'll try to watch today if I can find it.
Gonzalo said on 22/May/14
Nice addition, Rob. I am not sure if I see her at 1´70. Always thought she was shorter. Beautiful lady
littlesue said on 21/May/14
Yes would say this height, tall girl from that era
Arch Stanton said on 21/May/14
Thanks for adding her Rob and that lovely photo, those eyes!! Always looked about this to me.
Celebrity Heights A-Z
A
B
C
D
E
F
G
H
I
J
K
L
M
N
O
P
Q
R
S
T
U
V
W
X
Y
Z
Random Celebrity
Latest Star Heights