Slovenian professional basketball player, who plays for the Dallas Mavericks.

He actually is taller through the shoulders, but Barnes edges him out because of his neck.

Doncic is shorter than bron by about an inch, a lil bit taller than Kawhi, and granted that the pics with Melo were bad in angle, they look about the same considering eyelevel and shoulder level. With Korver, that pic was taken in 2016 when he was 17 so it's possible he may have grown or let's assume that he doesn't, he's at least 6'6.25 because Korver was also measured 6'6.25 in 2003 NBA draft. (He's the same draft year with Lebron and Melo btw)

Editor Rob
How much over a flat 6ft 6 is a question...I think 6ft 7 would be too much, 6.5 may well be the limit.
Canson said on 4/Jul/20
@Editor Rob: if we use afternoon heights 6’6” is the highest I could see. Really, considering Harrison Barnes is 6’7” morning height (looks 6’6.5” next to Draymond Green as he should given a morning height), Luka at 6’6” looks pretty optimistic. That looks like a full inch between them or very worst 2cm. I could buy an early morning 6’6.5- 6’6 5/8 range busting a gut that rounded up. Meaning he would really be 6’6 1/4” to 3/8” early morning And 6’5.75ish afternoon which I could buy. 6’6” flat would be more appropriate for his listing. Not to mention he was only listed 6’6 when he played overseas
Canson said on 1/Jul/20
@Editor Rob: the 6’6.75 seems awfully high even for morning

Editor Rob
The article is from 2018 or so, before these recent 'measurements'. It is still optimistic at times when you see Donkic with others, though maybe he busted a gut to get it.

Canson said on 1/Jul/20
I wonder if his hair possibly influenced the measurement he received this year and early morning as he looks a max 6’6”. See him next to Harrison Barnes who is more of a 6’6.5 afternoon guy (6’7” morning). Barnes isn’t close to 2” taller than Draymond Green. That’s an inch maybe 3cm.

Doncic with 6'2 1/8 combine measured Patrick Mahomes. Doncic's eye-level looks to be near the top of Mahomes head.
5.9 legit guy said on 9/May/20
Doncic is easy,just compare him and Lebron in this video when they are talking
Click Here
2.01cm Lebron James seems atleast 4cm taller
Luka is 197cm
Jean214 said on 14/Mar/20
Similir to Carmelo Anthony (6'6.25)
BobbyCurls said on 6/Mar/20
During the All-Star game introductions, Doncic looked to have an inch on Kawhi Leonard at the 2:04 mark (Click Here).

Doncic had about an inch or more on Zion (Click Here).

Doncic seems to have terrible posture in every photo I see of him. He has a short, thick neck and is often hunched over.

Overall, I agree with Canson and Ellis. His official measurement is definitely out of bed. Drops to 6'6 at a low. Kawhi and Zion might be shorter than they are listed though.

Jdubbz said on 3/Feb/20
For some reason, Luka just doesn't look that tall on court. Definitely strikes me as more of a 6'6 flat guy than a 6'6.5 or 6'6.75.
Canson said on 17/Dec/19
@Viper and Rob: it also matters that the Sacramento Kings as Shane Gray mentioned earlier, did not change any listings from last season and were open about having not done so. That said Harrison Barnes doesn’t look more than 6’6.5 which he should given a 6’7 Morning measurement. Look st him next to Draymond Green and that a 3cm difference in some pics and maybe 1.5” (a stretch) in a couple others.
viper said on 8/Oct/19
They are now saying Harrison Barnes is 6-8, lol.

Editor Rob
Unless you have the same conditions when measuring, I'm sure a lot of listings won't match up especially due to rounding.

Also you are relying on the person doing the measuring and calling out the figure to be correct. There may be a few anomalies, although you'd hope they took time and reduced any errors.

Ellis said on 8/Oct/19
How is Harrison Barnes listed at 6'6, and Luka is listed at 6'7? We all know Harrison Barnes is taller than Luka, what do you think about this Rob?
Canson said on 8/Oct/19
Harrison Barnes is now listed 6’6”. Makes sense. Only maybe 1-1.5” taller than draymond green. Likely was rounded down but it shows that Luka Doncic clearly isn’t 6’6.75 at a low being he’s shorter than barnes. I wonder if some teams measured earlier in the day and teams like the warriors and kings were closer to their afternoon heights. It almost appears as if the Kings re-measured or are going to if Hield was taken down to 6’3” and Bagley 6’8” but now they’re saying that they are the heights they list them at.
Canson said on 8/Oct/19
@Rob: had to be early morning. JJ Barea was measured same time and was the same as his combine measurement. And 6’6.75 doesn’t necessarily mean it was that high. They don’t do 1/8” increments. He doesn’t look as tall as Harrison Barnes who measured 6’7 morning height
Canson said on 8/Oct/19
@Editor Rob:

Editor Rob
Giving within 1/4 of a measurement is fair, but 6ft 6.25 could be evening for this guy depending exactly when he did get measured.

@Duhon: KP May have grown. His combine was 7’1.25 and he got 7’2.75”. Granted it’s a morning height for the latter but his combine measurement was likely not the case. He looks 7’2” next to Doncic and also looked close to 7’2” with Carmelo Anthony

In addition, Varane looks closer to 6'4 than 6'3 in this pic. Looks easily 4 inches taller than Benzema

I think I can remember you saying that it would be around average.

Editor Rob
Average I'd say, given his height.

miller said on 28/Feb/19
no more than 6.6 he is 1 inch shorter than 6.7 harrison barnes.
Christian 6'5 3/8" said on 28/Feb/19
@Rob
How long do you think his eye level is? It looks kind of low for his head size, although it's most probably still less than half of his entire head length.
Canson said on 28/Feb/19
@Ellis: it could be that low honestly if we are talking an inch. Barnes only measured 6’7” in the morning and claimed 6’8” in shoes previously. So he could be 6’7.75 in sneaks and 6’6.5 at a low. I would just call Luka a weak 6’6” perhaps or a solid 6’6” is the best case
Ellis said on 27/Feb/19
@Canson: Yeah it's looking an inch difference between Barnes and Doncic. I got him at 6'6.25 for an NBA measurement(roughly an hour out of bed). I see him as a weak 6'6, his night time height is probably around 6'5.5.
Canson said on 27/Feb/19
I bet he’s another Kevin Durant in terms of height controversy. He’s gonna be listed and said to be taller all throughout his career because of his vast skill set and ability to handle the ball and play both guard positions despite being a barefoot 6’6” guy. Goes to show that other listed 6’6 guys like MJ and Kobe weren’t really as tall as they’re listed. Whereas this guy from seeing more pics is around 6’6”
Canson said on 26/Feb/19
@Walking Tall: weak 6’6 is a better fit than strong 6’5”. Best case is solid 6’6”. I would’ve said an inch with barnes who measured 6’7 in the morning so 6’6.5 but it could be less than an inch at times. I’d say 6’6” flat is at least in keeping with how he looks next to someone who measured at the combine being Rob also has dropped a listing for a guy like Tim tebow or Damian Lillard if they don’t look it. This guy definitely doesn’t look that tall.

@Rob: 6’6.5 would effectively make him 6’8” in shoes. Harrison barnes here says he’s 6’8” in shoes and he’s clearly about an inch shorter. That’s also what he measured at the combine even after he made that statement which is likely an earlier In the day. I don’t rule out 6’6.5barefoot 6’7.75 shoes for Barnes though at a low

Canson said on 26/Feb/19
I agree with the others. He is definitely overlisted. Harrison Barnes measures 6’7” in the morning meaning 6’6.5 so Luka should be listed max 6’6” barefoot if going off Barnes getting a 6’7” pre draft since he has him clearly by a full inch but could look 6’5.5-.75 to be completely honest if we use Celebheights (afternoon) Standards. He’s only listed at 6’7” in the pros. He’s the shortest 6’6.5 guy on this site

HonestSlovene said on 26/Feb/19
Looks about right, he's a legend!
WalkingTall6'3.35 said on 26/Feb/19
6'6.5 is too generous for Luka,we didn't get his pre-draft measurements which is a shame but if he is listed at 6'7 in the NBA and i'm a huge follower for years,that generally means he's a strong 6'5 or at best 6'6 flat(see Klay Thompson,Draymond Green,Kawhi Leonard etc...)

In my opinion he is somewhere in the strong 6'5 range.

I just don't see a 2 meter tall guy when compared to guys above and many others...

Editor Rob
Benzema had his medical with fraction over 6ft.
Kevinjordan said on 25/Feb/19
This listing is spot on
Ellis said on 24/Feb/19
He is a NBA 6'8 for sure, I think he is more like 6'6.25, 6'6.5 is being a bit generous in my opinion, in the picture with Harrison Barnes he is a bit shorter. Rob are you saying he is 6'6.5 closer to the morning or the afternoon? 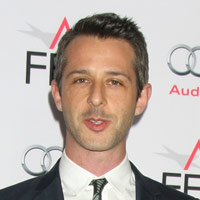