British-born Australian actor best remembered for roles in films such as Network, Sunday Bloody Sunday, A Town Like Alice, No Love for Johnnie and Elephant Walk, The Nun's Story, The Trials of Oscar Wilde, The Flight of the Phoenix and The Pumpkin Eater. In a 1950's Spotlight casting page, he was listed as "Height: 5 feet 10 ½ inches". 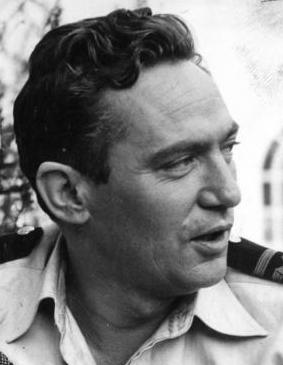 
littlesue said on 23/Jan/15
No, she was still loved up with Micheal Wilding and had his child a few weeks before she started filming
Arch Stanton said on 23/Jan/15
I thought they had an affair on set on Elephant Walk?
littlesue said on 22/Jan/15
Not Liz Taylor Arch!! Vivien Leigh was his 'playmate' for a few years.
Arch Stanton said on 22/Jan/15
Yeah he's one of those you'd have taken for granted had a page, much like John Barrymore or somebody.
jtm said on 21/Jan/15
i thought he already had a listing in this site for some reason.
Steve said on 21/Jan/15
He was obviously shorter than 5'10" Dana Andrews in Elephant Walk. Looked to me like a two inch dirrerence.
Rampage(-_-_-)Clover said on 20/Jan/15
He looks like Kevin Costner
the shredder said on 20/Jan/15
I was thinking 5 '11.
Arch Stanton said on 20/Jan/15
I'm not sure what Finch was really like, perhaps Sue has read a biography but I believe he had Vivien Leigh (during her most nutty years) and Elizabeth Taylor so he must have been a beast between the sheets!
Arch Stanton said on 20/Jan/15
Spot on I think.
Celebrity Heights A-Z
A
B
C
D
E
F
G
H
I
J
K
L
M
N
O
P
Q
R
S
T
U
V
W
X
Y
Z
Random Celebrity
Latest Star Heights