American actress best known for roles in films such as Spellbound, Inferno, A Connecticut Yankee in King Arthur's Court, Out of the Past, Pony Express, The Spiral Staircase, Serpent of the Nile and Gunfight at the O.K. Corral. In a 1944 St Petersburg Times article it mentioned how she's "A perfect 36, stands five feet, six inches, weighs 118 curvaceous pounds." 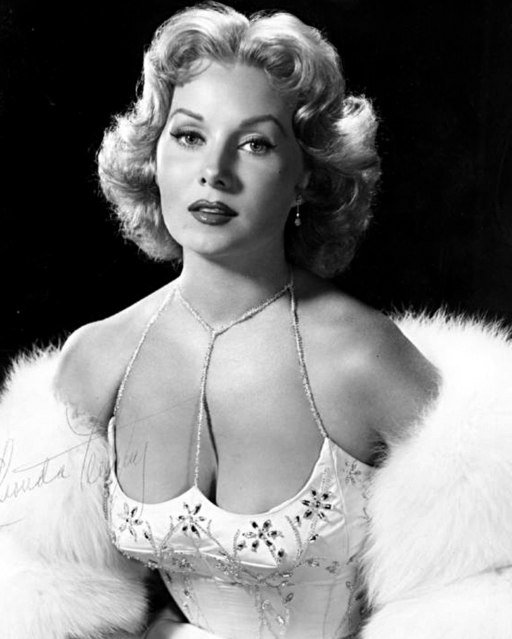 Average Guess (2 Votes)
5ft 6in (167.6cm)
Arch Stanton said on 24/Jun/17
Smoking hot but had too much surgery so that by the late 50s she looked a bit plastic.
Sandy Cowell said on 24/Mar/17
Her 8st6 is on the light side for 5ft6. She looks well filled out to me and from my experience I think she weighs more. 5ft6 sounds right for the peak of her career but 8st12 in weight. Her arms are chunksome and is that the beginnings of a paunch I see?
She might be over 9st even! 😝
M said on 4/Aug/15
Really very beautiful women, and those days 1.68m was considered ad tall for woman.
Arch Stanton said on 22/Feb/15
Actresses in their early 30s in those days often looked mid 40s though!
Gonzalo said on 18/Nov/14
Beautiful lady. One of the few actresses of the golden era who is still alive. 1´68 sounds fair for her.
Sam said on 18/Nov/14
Huba-huba, nice photo.
Arch Stanton said on 18/Nov/14
Rob can you add Pony Express, The Spiral Staircase and Serpent of the Nile? She was breathtaking wasn't she. Liked her in Out of the Past with Mitchum and opposite Robert Ryan in Inferno in particular. Spellbound wasn't the best Hitchcock movie but still pretty decent. Peck was really wooden in that movie though.
Celebrity Heights A-Z
A
B
C
D
E
F
G
H
I
J
K
L
M
N
O
P
Q
R
S
T
U
V
W
X
Y
Z
Random Celebrity
Latest Star Heights