Italian film actor best remembered for movies such as The Marquis of Grillo, The Best of Enemies, The Traffic Policeman, The Bachelor, An American in Rome, I Vitelloni, Mafioso and The Great War. 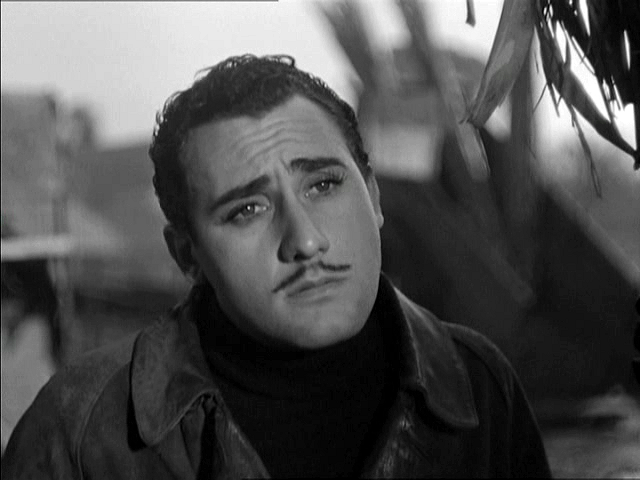 Luigi said on 3/Mar/18
There no way Sordi was 177 cm tall.
This is a picture of him with Monica Vitti and Nino Manfredi, he seems the shorter of trio:

Anonymous said on 22/Aug/16
Verdone Click Here
Verdone and Sordi: Click Here
Arch Stanton said on 12/Aug/16
If he was between 5'7 and 5'8 Claudia Cardinale would be between 5'3 and 5'4, both barefoot together in the film!!
Anonymous said on 11/Aug/16
Wrong height! Carlo Verdone is 5'8" and he was taller than him! In young age his height was between 5'7"-5'8" no more!
Arch Stanton said on 19/Jun/16
@Andrea, check out the film below, especially 40 minutes. Claudia Cardinale was 5 ft 6, arguably with some change as she also claimed 169 and looked it with most people. Sordi looks weak 5 ft 10 barefoot with her, elsewhere in the movie generally looks 5'9 range with her. He must have lost a lot of height.
Andrea said on 18/Jun/16
Arch, i really haven't seen any movie of his, so i can't talk for his peak but he really did look quite short near 80, certainly not much over 5'5! Do you really think he lost over 4 inches by 80? It's a huuuuuuuuge loss!
Arch Stanton said on 17/Jun/16
Yes 5'9.5 is perhaps best overall. I've been watching some more of his films of late, wonderful actor. He could look near an inch taller than Manfredi, but you could argue 5'8.5-75 for Manfredi I think. Oddly he could look 5 ft 8 in some films though.
Arch Stanton said on 16/Jun/16
Barefoot with Cardinale at 40:30, actually this is looking spot on there I think, though possible slight beach advantage!
Arch Stanton said on 16/Jun/16
Another good shot at 33:19 he can look this listing here though. He did look that with Gassman too. Tough to nail down but I think we can safely rule out 5 ft 8 range now so that makes it definite that Niven wore lifts!!
Arch Stanton said on 16/Jun/16
Yep pause at 32:51 in the long shot, I think that's one of the best shots you'll ever get of him. Now remember Cardinale has claimed 169 and could look it at times, others more 5'6 flat. Work out what she'd be in those shoes and him and without. His legs are bent and posture not good, it's possible he was closer to 2 inches taller if stood his best like at 32:52. I can't really see under 5 ft 9, but if she was around 5 ft 8 in those shoes he's looking near 5 ft 10 in those shoes but they might not give quite an inch. 5'9.25 might be closer but not sure. I 'll let you judge!
Arch Stanton said on 16/Jun/16
If you watch him in a lot of Italian films though he looks to tall to be under 5 ft 9, like Alain Delon and Mastroianni compared to average guys he could look tallish at times. Perhaps 5'9.25-5'9.5 is possible?

Editor Rob: 9.5 may well be possible.
Arch Stanton said on 16/Jun/16
Hey Rob, check out 31-32 minutes range Click Here Sordi is looking an inch-4cm taller than Cardinale I think. But look at 32:52 Cardinale is in heels which probably give no more than 2 inches. He's not wearing lifts as you can see his socks in those tan shoes in the film. I've always thought Cardinale was a wee bit over 5 ft 6 but 173-4 in those shoes possibly and him perhaps 4cm taller in shoes, knock off maybe an inch for footwear, you're looking at more 5'8.5-5'9 range I think. I might be off though, what do you reckon? I don't know if you watch him next to others he can pull off a weak 5 ft 10. He's tough to nail down. He was definitely taller than Manfredi in that mid 50s film and no lifts as you could see the socks in shoes. Perhaps a lower 5 ft 9 range is possible I don't know. He looked 5 ft 8 with Niven but as I say Niven was wearing lifts I think as he was comfortably taller than Wilding who I think was a genuine 6 ft.
Arch Stanton said on 16/Jun/16
He really looked 5 ft 8 flat with Niven but then Niven pulled off 6'1 range with Wilding so I think he wore lifts. I'll check out the film he did with Cardinale, A Girl in Australia.
Arch Stanton said on 10/Jun/16
Rob can you squeeze in The Best of Enemies? Mmm I wouldn't place too much emphasis on how he looked with Niven in that film as Niven if 5'11.5 is making 6ft Wilding look sub 5 ft 10! Something is up with it. I'll have to see a lot more of Sordi's films though as he can reallly look anything between 5'7.5 and 5'10.5 haha.
Arch Stanton said on 10/Jun/16
Mmm, if you see 17:20 Click Here walking with WIlding, and Niven looks inches taller than him. Now Wilding generally looked 6 ft. But Niven is really looking way taller than 5'11.25 in that film, he's looking a strong 6'1 so had to have been wearing big lifts! Perhaps that's the reason Sordi looks shorter but I'm not convinced! Niven definitely wore lifts in a lot of films, with Heston in 55 Days he pulled off 6'1.5 too!
Arch Stanton said on 10/Jun/16
@Rob, I think this guy had us deceived, he wore lifts to look 5 ft 10. Just watching The Best of Enemies and he looks max 5 ft 8, see him with Niven at 13:26/13:50 Click Here Now I've seen films where he can look Marcelo Mastroianni height so he had to have frequently worn lifts. ONe thing you might need to be careful of though with this though is that Niven might be wearing lifts to look a lot taller than the little Italian for the sake of the film. He can even look 5 ft 7 there!
Arch Stanton said on 11/May/16
Rob can you squeeze in The Bachelor? Looks in 5'9.5-5'10 range in that to me and that was 1955, earlier on so unlikely to have worn lifts.
Click Here See 42 and 47 minutes. When the camera pans out you can see he is a bit taller than Manfredi.
Arch Stanton said on 11/May/16
@Rob I have a suspicion this guy wore lifts. Just when you think around 5 ft 10 he can really look just 5 ft 8. I'm going to watch a few more of his films over the next week, it's possible he was shorter but wore lifts at times to pass for 5 ft 10.

Editor Rob: if you manage to get another look it would be useful.
Arch Stanton said on 11/May/16
@Andrea, I was thinking he was in A cavallo della tigre but it was Mario Adorf not him (they have a similar look I think). Now Adorf definitely looked around 5 ft 10 with Manfredi and Volonte.
Andrea said on 10/May/16
Isn't 4-5 inches a big shrinkage, Rob? I tried to find if he had any accidents or something but it seems didn't! He certainly wasn't a wrestler or an action movie star...

Editor Rob: 4 inches is a huge shrinkage by 80...by age 90 you would find a lot more who lost 3-4 inches than at 80.
Andrea said on 8/May/16
Arch, it is hard to believe he looked one inch taller than Nino and two inches shorter than Gian, considering Volontè himself looked not even 2 inches taller than Manfredi...
Andrea said on 8/May/16
In 2000, when he was 80, he definitely didn't look over 5'6, after having another look!
He really could look 5'5-5'6 in some photos!
Look at him with Raoul Bova: Click Here
If he really was this tall at his peak, it means he lost at least 4 inches by the time he was 80 years old... That's a very big shrinkage! I mean, my grandfather is about his age (80) now and he doesn't look like he's lost more than an inch compared to his peak! I haven't found any claim but i've read on a forum about a guy who met him (or at least said so) and described him as very short!

Arch Stanton said on 8/May/16
I think with Gassman overall 177 perhaps looks the most accurate. On average I'd thought about 5 ft 10 from films.
Arch Stanton said on 8/May/16
He wasn't shorter thn Manfredi. I've seen them together in a few films and he was taller. Doesn't look it in one photo though. As Rob says he could even looks 5 ft 8 to 9 at times. Is there a chance he wore lifts? At times he could look a strong 5 ft 10, but then look noticeably shorter at other times.
mario said on 8/May/16
It may not be high 1.78 ... if you see the picture with Nino Manfredi , who is tall 1.75 , it is lower than 3 cm
Luigi said on 7/May/16
I think he was shorter than 5ft 10.
Here he was between Gassman and Manfredi: Click Here
Andrea said on 6/May/16
Are you sure he was so tall, Rob? O.O
I just had a look at some photos when he was in his 70s and he did look quite short, i'd have thought 5'6-5'7 at most!!!
Unless he shrunk near 4 inches by the time he was 70, i'd be shocked if he ever was this tall!
This is certainly not an ideal photo but the guy on the right is generally looks around 5'10: Click Here
Of course he was 80 in this photo so he must have lost some height for sure but stil...

Editor Rob: he could look shorter yes, sometimes 5ft 8-9 even, if you browse through The Alamy site, his height varies.

The best photo I could see was The height chart.

If that's 180cm his hair is brushing then maybe under 5ft 10 a bit is more beleivable, his shoes look a good inch range.