Indian actor, who is best know for films like 2 States, Half Girlfriend, Gunday, Mubarakan and Tevar. He claimed "183 centimetres". 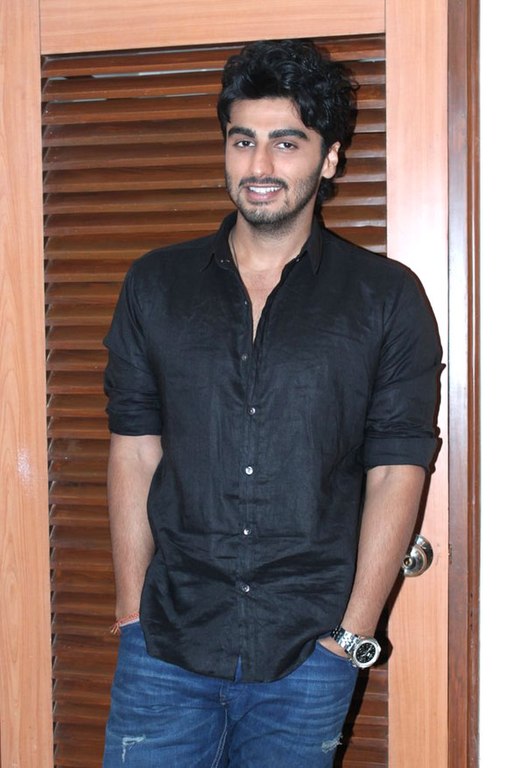 varmate said on 19/Jun/20
@lakheshwar sakia you have got to be delusional.
Linke said on 3/May/20
Not a fan of his acting but he seems rarity in Bollywood in terms of being honest.


Rob, is a full 6 feet a possibility for him? He did claim as being both 183cms and 6 feet in the video. I recon he would easily clear that first thing in the morning. However, I still meaning to believe that he is smidge under 6 feet for most part of the day.

He is at least 2 inches taller than Ranveer Singh, who claims to be 6 footer himself. I recon

Editor Rob
That's interesting, not so bad a claim really.

His claim of 183 is honest, he can be that height in the morning.

I find it funny that both him and Ranveer Singh claim 6', Ranveer is obviously good 2-3 inches shorter. A much better actor than Arjun fore sure :)

Linke said on 23/Dec/19
Rob, one more Bollywood height claim that I came across.

Shahid Kapoor: my height is actually 5 ' 10 " and i ll make sure that its corrected in all the biographies :)
afzal said on 21/Dec/19
Look badshah rapper listed 5.10 everywhere and he and badshah is equal so its clear he's not more than 5.10 to 10.5
Linke said on 15/Dec/19
Rob, how tall do you think he looks next to this gentleman? He is Anu Malik who is a popular music director in India. I have seen him up close and thought he was 181 cms.


Also, would you consider adding few more Bollywood actors, as many of the new popular ones are missing on this site.

With Arjun Kapoor, who isn't over 182 cms

2: Vicky Kaushal who actually pretty much looks his 6'2 claim.

I won't be supposed if he measures smidge taller than his claims. Definitely a genuine claim

Editor Rob
I think Arjun looked a bit taller than the producer fellow.

What do you think, Rob?

Editor Rob
At times he seems under, but I think looking more at him, his posture (when good) can make him look over 5ft 11

Greg said on 26/Mar/19
@Miss Sandy Cowell Heya Sandy, yeah he has that hair style and most likely touches 6’0 out of bed assuming he’s 5’11.5 at noon. I’ve watched the movie whilst on a flight back to America it’s a good movie but had to watch with subtitles hahaha.
Cheers!
Incognito9 said on 26/Mar/19
Doesn’t look anywhere near this tall here with JT what do you think rob ?
Also lifting of his back foot if you notice
Click Here:

Editor Rob
It's tricky with posture there knowing how much they both might be losing.

Rob has pushed his height up to 5ft11.5, so the general consensus is that, yes, he is taller than a flat 5ft11. 5ft11.5 is a good height to be listed at, especially as it's going to mean that he's going to wake up measuring a strong 6ft without a doubt.


Cheers Greg, and thanks for writing to me. 😉👍

I'll have to check out scenes of 'Marbuarkan' via the Google route. Unfortunately, not many Bollywood movies are shown on my TV Channels, which doesn't half hack me off because what little I've seen, I really rated.

From all of what ive seen so far, I find it hard to believe he's only as low as 5'11" flat!
Cmon Rob, he holds up well next to tall guys like the Bachchans and absolutely towers over Anil Kapoor.

What do u think, Rob?

Greg said on 25/Mar/19
@Miss Sandy Cowell honestly check out some clips from him in Mabuarkan he looks a solid 5’11-6’0 guy. He could even be a flat 6’0 but probably not over. He gives a tallish impression to me so I think a strong 5’11 could be a possibility I’m not sure about 6’0 range his hair style sometimes can fool you. He was taller than most of his costars though.
Greg said on 25/Mar/19
I think 5’11 might be a little too low for him, he could fool you into thinking he’s a 6 footer in Maburakan. I do remember their was a scene with him and Rahul Dev who’s listed as 5’11 he seemed to edge him out I’ll give him 5’11.5” possiably a weak 6’0 guy.
FE said on 25/Mar/19
@Editor Rob,

I don’t know much about him, but I wouldn’t have thought he was much shorter than 6ft.
He definitely has 2 inches on Hrithik, no shorter than Ranbir and John.

Editor Rob
arjun can look taller than ranbir, 5ft 11.5 is possible, but 6ft? I wouldn't have gone that high.

I can't see his full stature and I haven't seen him act yet, so I'm afraid I will have to go along with Rob's 5ft11.