American actress best remembered for roles in films such as The Trip to the Bountiful, Hondo, Summer and Smoke, Sweet Bird of Youth, Toys in the Attic, You're a Big Boy Now, Pete 'n' Tillie, Interiors, and The Beguiled. In a 1953 article in the Sarasota Journal it described her as a "stately 5 feet 7 1/2 inches", although in 1952 she said "I'm 5-feet-11 inches tall, weigh 123 pounds and when it comes to more exact measurements, just say I'm skinny." 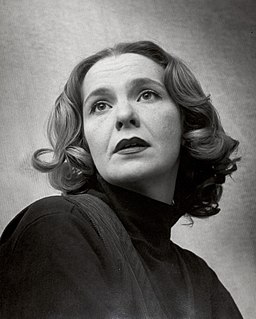 I learned very young I was destined for character parts. Because I was so tall - I'm 5'8" - I never got the leading parts in high school plays.
-- Tyler Courier Times, Dec 1962

Average Guess (1 Votes)
5ft 7.5in (171.5cm)
Arch Stanton said on 5/May/14
Rob can you add best remembered for films like The Trip to the Bountiful, Hondo, Summer and Smoke, Sweet Bird of Youth, Toys in the Attic, You're a Big Boy Now, Pete 'n' Tillie, Interiors, and The Beguiled. You do appreciate these suggestions and comments on how actors fare in films don't you? Most of the listings I come across really seem to check out but I think it's good having other opinions and comparisons from people like myself and Sam as there may still be a few which might not look right.

Yeah she looked pretty tall next to Wayne in big boots in Hondo and Dean Martin in Toys and I recall she also looked tall range next to Eastwood in The Beguiled. A top notch actress.

[Editor Rob: yes I appreciated comments and contributions. It's a slow process trying to go through and update older entries as it takes time.]