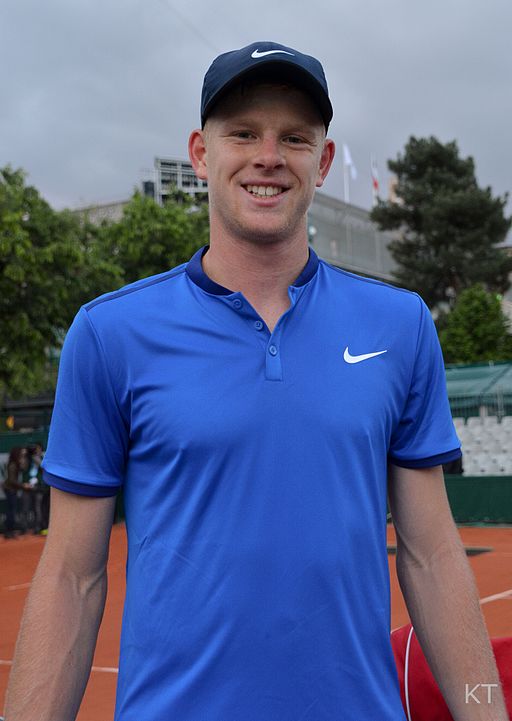 Average Guess (10 Votes)
6ft 1.63in (187cm)
Miss Sandy Cowell said on 19/Mar/20
If Edmund married someone with the surname 'Blackadder', (yes, it's an authentic name!) and they combined their names, they would raise the Edmund- Blackadder family!

Kyle Edmund gets 6ft2. How can I go any lower when I've just been pulling his snake? 🐍

Editor Rob
Edmund could look anywhere in 6ft 1.5-2 range.
Blake said on 25/Jan/18
He had a good photo with Gordon Ramsay in the evening standard the other day. I guess him more around 187 than 8. If you want I can take a photo of it Rob

Editor Rob
I've seen a few of those photos, he's certainly at least an inch on Ramsay. With Henman he looks over 6ft 2, but of course postures throw heights up and down at times.
Rampage(-_-_-)Clover said on 24/Jan/18
Rob, does he really edge out Murray?

Editor Rob
He might not, he can look anywhere in 6ft 1.5-2 range.
heightchecker34 said on 24/Jan/18
I'll give Kyle Edmunds the 6'1.75 mark. I have been getting burned recently with all those supposed 6'2 tennis players, only to downgrade them later lol. He is looked a smidge taller than 6'1.5 Grigor Dimitrov in their match, and when Dimitrov was helping Edmunds after the injury, Edmunds did look 6'2. He needs to play more big named opponents so I can compare him appropriately.
Bard said on 24/Jan/18
Perhaps a page for Hyeon Chung too Rob? He looks as tall as Djokovic now, if not a smidge taller. Google's current 6'1 is too low.
Tallish89 said on 23/Jan/18
With Nadal 6'0 1/4
Click Here